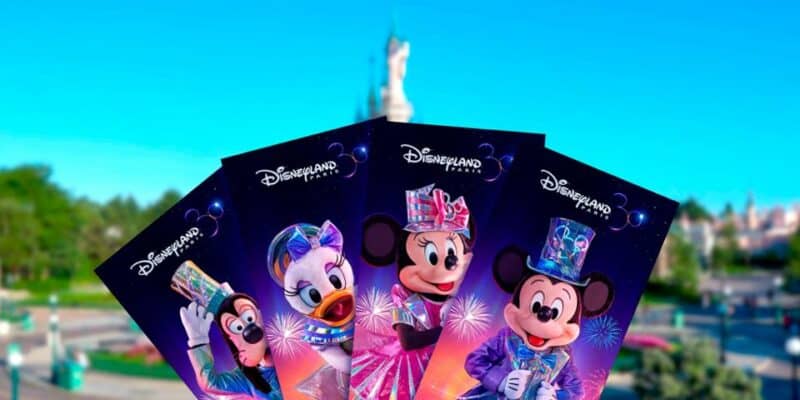 Additional security measures have been a headache for Guests trying to visit this Disney Park in the wake of a local protest due to Park operations.

It’s no secret that Disney fans around the world are more than unhappy with the latest measures enforced at the Parks worldwide. From outrageous price increases at Disneyland Resort to all-time high prices on Genie+ at Walt Disney World and the dreaded reservation system limiting the availability of all Disney Parks, parkgoers have more than enough reason to be displeased with Mickey Mouse.

While online complaints pour in every day regarding Disneyland Resort and Walt Disney World Resort, Disneyland Paris Annual Passholders are taking their disgust to the next level by gathering in protest to the Parisian Disney Park’s reservation system.

As protestors gathered this morning, Disneyland Paris officials decided to enhance security measures at the Park to ensure that no incidents occurred at Disneyland Park or Walt Disney Studios Park. The Twitter account ultros : infos Disney (@_ultros) warned parkgoers planning to visit Disneyland Paris today, commenting that Guests should expect longer wait times at the entrance due to more extensive searches at the Parisian Disney Park.

Beware if you are going to Disneyland Paris today, more extensive searches are taking place due to the protest against the Annual Pass booking system.

Expect a longer wait at the entrance controls!

The organizers decided to name this protest “Les Oreilles Jaunes” or “The Yellow Ears” and invited fellow protestors to wear yellow Mickey Mouse ears and yellow clothing to the rally.

Disneyphile (@DisneyphileLIVE) shared additional information regarding these control measures, commenting that security Cast Members have been instructed to encourage all Guests to store particular non-dangerous objects (mostly yellow-colored) in lockers in anticipation of “The Yellow Ears” protests.

A much more reinforced security check is taking place today at Disneyland Paris and instructions have been given to certain members of staff: scrupulous search of bags, encouragement to drop off certain non-dangerous objects (yellow ears) in lockers…

… in anticipation of the “Yellow Ears” demonstration which will be held today in a public space.

Guests have reacted to these additional measures in disgust, saying it is unfair that Cast Members are forcing them to store harmless items in lockers. User @RomainLGT commented, “Disneyland Paris confiscating yellow objects under the excuse of Gérôme and Sandy’s protest? Is it? Isn’t it a bit of dictatorship on the entrance?”

Security guards can’t force you to show your reservation because “you have an Annual Pass.”

They searched my bag entirely instead of using the machine. And under the pretext of a protest that scares you even when I am not participating

Shame I’ve never been treated like this at a theme park. And again, would I have been tackled on the ground if I didn’t have a strap with my Annual Pass?

The long lines, longer wait times, exhaustive search of bags, and the fact that many Guests were practically forced to store their items in lockers undoubtedly caused many parkgoers to express their anger and disgust to Cast Members and on the different Facebook groups online.

While Guests may disagree with the security measures enforced by Park officials today, with some even calling them “illegal,” Park rules at Disneyland Paris clearly state that any items that may disturb other Guests are not permitted into the Park and that Disneyland Paris reserves the right to refuse any Guest’s entrance to the Park if they are wearing any costume, makeup, or tattoo that may disrupt the Park’s family-friendly environment. These two rules could easily include any item that may be related to “The Yellow Ears” protest due to its color. You can click here to read Disneyland Paris’ rules and regulations.

What do you think of the enhanced security measures at Disneyland Paris? Let us know in the comments below!