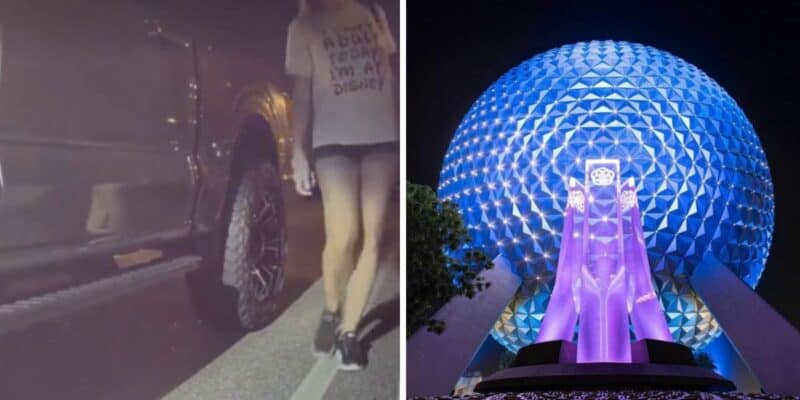 Sometimes it’s not “The Most Magical Place on Earth.”

When visiting The Walt Disney World Resort in Orlando, Florida, you expect to find delicious food, an amazing atmosphere, and some of the best theme park rides in the world. The Magic Kingdom, EPCOT, Hollywood Studios, and Animal Kingdom all offer Guests a chance to escape into a fantastic new world surrounded by immersive experiences.

Unfortunately, the real world creeps in sometimes at the Resort, ruining what could have been a perfect day.

Walt Disney World is no stranger to “delicate” encounters between Guests. In the past few months alone, we have reported on several fistfights breaking out at the Resort.

One of the most famous examples of this happened a few months ago in Fantasyland at the Magic Kingdom, with dozens of Guests getting involved.

However, anger isn’t always taken out by physical violence.

A video shared by a Guest on social media went viral for a very shocking reason. The Guest had parked their car in the parking lot at EPCOT, and at some point that night, an angry Guest decided to key their car.

Because it was a Tesla, the side cameras were able to capture not only the incident but the Guest who did it. You can see multiple angles of the incident below or by clicking here:

A close up look of the Tesla being Keyed for the skeptics.#teslacam

A close up look of the Tesla being Keyed for the skeptics.#teslacam

Another angle was shown:

The video went viral on TikTok, with the first video getting over three million views. We aren’t sure what caused this Guest to act out the way that they did or if the incident was reported to authorities. bafd

Stay tuned for any updates on this story.