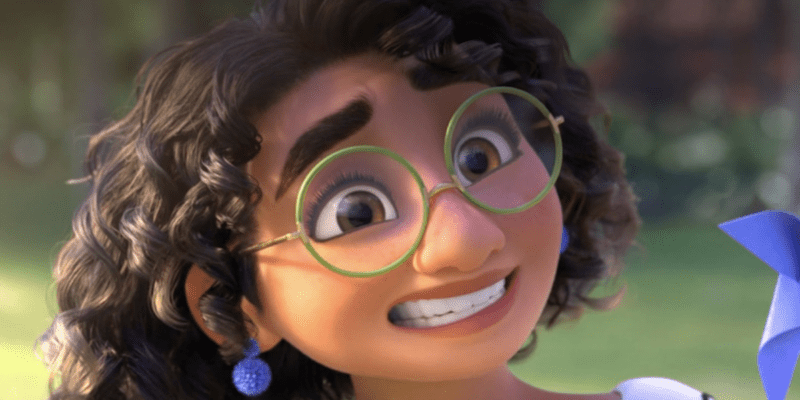 Just over a year after The Walt Disney Company’s sleeper hit, Encanto (2021), hit movie theaters, the Mouse House will drop an all-new version of the animated musical adventure this December.

Related: Was Mirabel Bisexual in ‘Encanto’? Leading Actress Speaks Out

Disney’s Encanto from directors Jared Bush and Byron Howard, and co-director Charise Castro Smith is one of the company’s most recent smash hits. After a lukewarm time in movie theaters, the musical, packed with magical realism and featuring an all-new extraordinary family, bouldered its way on Disney+ during the 2021 festive season, and the rest, they say, is history.

The first Disney film to hit 200 million streaming hours on Disney+; the first Disney song of the 21st century to top the US Billboard 100; a chart-topping album; and an Academy Award for Best Animated Feature to boot, Encanto‘s success was unprecedented thanks to viral hits like “We Don’t Talk About Bruno”, “The Family Madrigal”, “Surface Pressure”, and the Original Song Oscar-nominated “Dos Oruguitas” — all created by Lin-Manuel Miranda and Germaine Franco.

And after CEO Bob Chapek confirmed Encanto was a franchise, the House of Mouse looks set to continue its Encanto infiltration of all things Disney. There’s Mirabel Madrigal at both Disneyland Resort and Walt Disney World Resort, a recent special presentation took over El Capitan Theater on Hollywood Boulevard, and then coming soon, the cast will appear for a concert performance at the Hollywood Bowl on November 11 and 12, 2022 as announced at D23 Expo 2022.

It is this special event that will arrive on Disney+ this December 28. In a recent press release, Disney said:

Step into Casa Madrigal for an unprecedented concert spectacular as the original voice cast of Walt Disney Animation Studios’ Academy Award®-winning “Encanto” reunites at the Hollywood Bowl. Starring Stephanie Beatriz (as Mirabel), Adassa (as Dolores), Carolina Gaitán (as Pepa), Jessica Darrow (as Luisa), Diane Guerrero (as Isabela), Mauro Castillo (as Félix), Angie Cepeda (as Julieta) and Olga Merediz (as Abuela Alma) and special guests, including legendary Colombian superstars and multiple Latin GRAMMY Winners Carlos Vives and Andrés Cepeda, “Encanto at the Hollywood Bowl” turns the historic venue into the world of the animated film that became a global phenomenon.

Interestingly, not all of the Disney movie cast members will be returning to play their on-screen roles including John Leguizamo as the fan-favorite, Bruno Madrigal. Neither will Wilmer Valderrama who plays Mirabel’s accident-prone father, Agustín Madrigal.

“‘Encanto’ has seen incredible success on Disney+, quickly rising as one of the most-watched animated films on the streaming service and ultimately becoming a global phenomenon that fans couldn’t stop talking about. This holiday season, Disney+ is opening the doors to Casa Madrigal once again for a dazzling musical experience that will celebrate the magic and wonder of ‘Encanto’ in a whole new way.”

The production is brought to the Hollywood Bowl by Walt Disney Animation Studios, Disney Concerts, Fulwell 73 Productions, AMP Worldwide, and Live Nation-Hewitt Silva, and will be directed by Chris Howe, choreographed by Jamal Sims, and conducted by Anthony Parnther.

Encanto at the Hollywood Bowl will arrive on Disney+ on December 28, 2022.

Are you looking forward to seeing this special concert presentation of Encanto? Let us know in the comments down below!