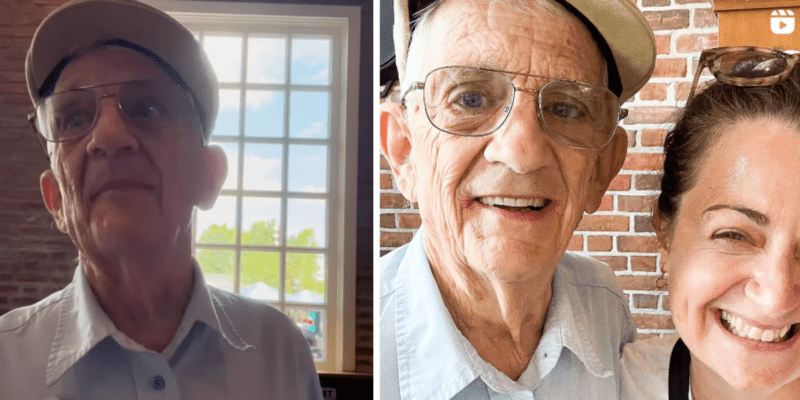 Walt Disney World Resort and Universal Orlando Resort didn’t escape the damage. Nevertheless, the Theme Parks reopened just two days after the storm hit, and thousands of Disney Cast Members made their way back to work.

Richard Truehl, 78, was one of those Cast Members. Known by Guests as “Rich,” Truehl has devoted years of his life to Walt Disney World Resort, working at Regal Eagle Smokehouse in EPCOT’s American Adventure Pavilion.

On October 1, EPCOT celebrated its 40th Anniversary along with the Disney Parks reopening after the devastating storm. That day, Truehl met Ilana Robinson, a Disney influencer that goes by @disneymom2.0. Robinson asked Truehl how he was doing after the Hurricane, and he was honest with her about the excessive flooding in his neighborhood.

Robinson was moved by the interaction and decided to use her platform to make a difference. Two days later, she returned to EPCOT to ask Truehl’s permission to start a GoFundMe campaign on his behalf. In less than 24 hours, Disney fans raised enough money to cover the $5,000 deductible.

When Robinson revisited Truehl, he told her that because he and his wife didn’t have flood insurance, the insurance refused to pay any of the repair costs. In a video posted to Instagram, Truehl told Robinson that his wife “broke into tears” when she saw the money raised.

Robinson later raised the goal to $28,000. In less than a week, Disney fans worldwide have raised $9,155 for Truehl and his wife. The campaign is ongoing.

“I want to thank each and every one of you for donating to this sweet man, and for helping me spread the word,” Robinson wrote on Instagram.
“You are all angels – but especially to Rich.”

Thank you, Rich and all Cast Members who make the magic happen at Walt Disney World Resort.