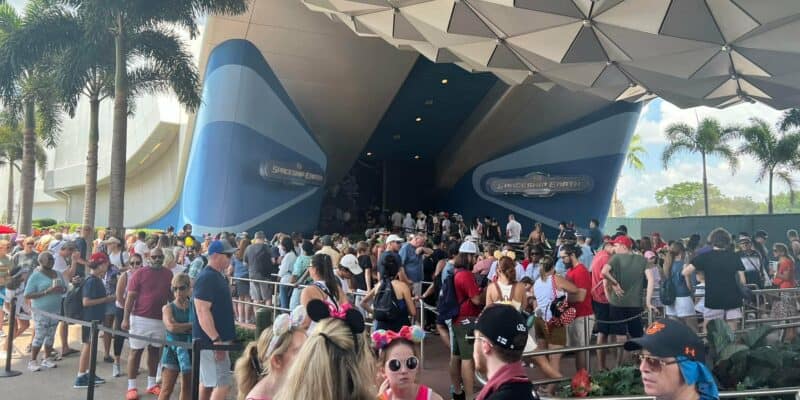 Everyone loves to learn different tips and tricks to make the most out of their next visit to any of the different Disney Parks worldwide. However, not everyone likes to play by the rules.

While most of the tips, tricks, and hacks shared by the Disney Parks community aim to help Guests have better experiences at the Parks by explaining the latest app updates, sharing the best strategy to tackle the most popular attractions, teaching how to make the most out of the Park’s Genie+ and mobile order systems, and so much more, several parkgoers have recently been exposed and criticized for trying to use unethical “hacks” when visiting the Parks and encouraging other Guests to try them as well.

Some of the latest reports include lying to get Lightning Lane Passes, abusing Disney’s DAS system, and a trend to try to get free shirts after breaking Disney’s dress code. While these “hacks” may already be enraging to many, a former Cast Member recently commented on another one they hate.

Thomas (@dappermanatee) recently posted a video on TikTok discussing how he had to deal with several Guests at Disney World who were trying to cut lines by pretending they didn’t speak English. Thomas commented, “Now before I get into anything, let me say this, we are not bashing other languages in any way,” making sure to make it clear throughout his story that there are many Guests who genuinely need help when visiting the Most Magical Place on Earth, and that Cast Members are there to help them.

Thomas then commented that Cast Members know when Guests are lying, especially about the language they speak, as often their face gives it away, and mentioned one experience where he had to deal with two Guests who were cutting the line and pretended not to speak English after he had heard them speaking in English outside an attraction. He commented that trying to abuse the language barrier is misusing a system of help that many Guests actually need. “You take the honor system of someone who is in a foreign land and stomp all over it,” He commented, adding that Guests who try to trick Cast Members by lying about speaking English “[make] sure that people that actually have a hard time are gonna have an extra hard time.”

Unfortunately, this appears to be a constant problem at Walt Disney World and is surely a significant issue at Disneyland Resort and other Disney Parks worldwide too.

Walt Disney World has Cast Members from all around the world, proving that the Most Magical Place on Earth is also one of the most diverse ones and ensuring that all Guests who need help can receive it in their own language. However, as Thomas said, Cast Members are there to help, not to be fooled.

What do you think about this situation? Let us know in the comments below!