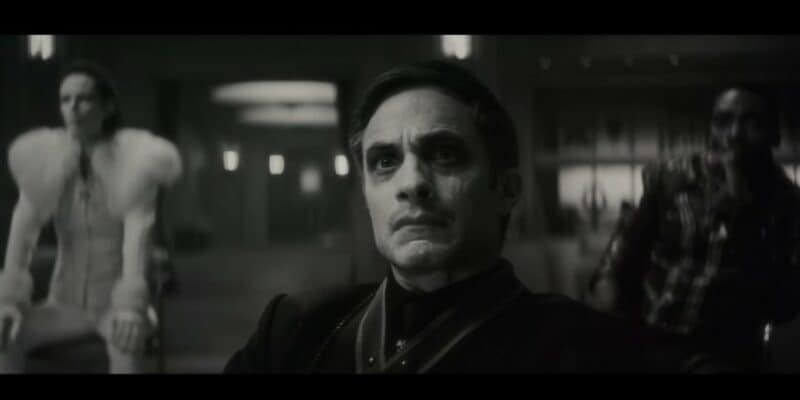 The buzz around this new horror outing from Marvel Studios is immense!

It seems like Marvel Studios are finally trying something new with their latest offering and are finally switching up the game with their most recent venture into the world of film and television, with the Halloween-themed special Werewolf by Night (2022) directed by Michael Giacchino, coming to Disney+ October 7, 2022.

Surprisingly, this genre-breaking new entry would not seem at first like it belongs in the Marvel Cinematic Universe (MCU) — but rest assured — it is entirely going to be a part of the MCU canon, as Kevin Feige revealed at The Walt Disney Company’s recent D23 Expo.

The short is officially and fully titled Marvel Studios’ Special Presentation: Werewolf by Night, which will star Latino actor Gael García Bernal as Jack Russell and Laura Donnelly in the role of Elsa Bloodstone, while Mahershala Ali’s Blade is also reported to take on a supporting role and events that might tie into future Marvel Studios property, Midnight Sons.

The story concerns a group of apparent monster hunters brought together with one catch — there is a monster in their midst. Taking on a plot like that of the ice-breaker game often played at parties and social gatherings, “Werewolf”, the group must suss out who the imposter is, “among us”, while taking on the role of the “monster hunter”.

As the spooky season ramps up, Marvel Studios’ Werewolf by Night has already had its first theatrical screening for critics, and the initial reactions are in — and they’re pretty stellar!

Based on the general consensus, Marvel fans best get themselves ready for something completely out of the norm for the superhero-focused media giant.

Grant Hermanns shares via Twitter that Werewolf by Night is likely their “favorite Phase Four MCU project yet”, stating that it’s “brutal” and “chilling”:

Got the opportunity to catch #WerewolfByNight a bit early and this honestly may be my favorite Phase Four MCU project yet. It's brutal, it's chilling, it's effectively tongue-in-cheek, it's Marvel's first real dive into horror and is done so well. pic.twitter.com/iMkGM1n0Dw

Ernesto Valenzuela also shares that it was absolutely “the most violent thing Marvel has done yet”:

I’ve just attended a theatrical screening of Marvel Studios’ #WerewolfByNight. Unexpected to see the MCU at Fantastic Fest but man. That was such a fun time at the movies. Most violent thing Marvel has done yet. @m_giacchino has made a hell of a directorial debut! pic.twitter.com/5K2FQ2Kc4d

Brandon Davis of ComicBook.com wanted to make it known that he “loved it”, and that a “self-contained, complete story” and also “violent, fun, scary, immersive, and intriguing throughout”:

Werewolf by Night is awesome.

Main Middle Man wanted to make it clear that it was the “scary breath that the MCU never promised but successfully fulfilled” — really driving home how out of the norm this is for the superhero-focused Marvel Cinematic Universe:

It's Marvel reinventing itself again. #WerewolfByNight is the scary breath that the MCU never promised but successfully fulfilled, with pinches of fun and violence, and symbolically homages to old horror movies. Giacchino debuted on a high (and I mean musically too).

James Viscardi also wanted to tell fans how “surprisingly violent” the show is with its action, and how it’s something “a lot of fans have been waiting for”:

Last thing I’ll say about #WerewolfByNight is how surprisingly violent it is with its action scenes. Something I think a lot of fans have been waiting for.

Erik Voss reiterated that it was something people have been “waiting for”, and is the “confident swing” from Marvel that was needed, being “genuinely scary”:

WEREWOLF BY NIGHT is the confident swing in tone from Marvel on Disney+ that I’ve been waiting for.

Genuinely scary at times and dripping with macabre camp, it doesn’t pull punches in violent delights.

More of this please!

It definitely seems that Werewolf by Night being filmed entirely in black and white while showcasing and utilizing iconic 1930s and ’40s-style horror genre tropes and practical effects. With this classic horror aesthetic, director Michael Giacchino effectively makes the show stand out from the MCU’s regular CGI-heavy, hyper-slick contemporary fare.

All of this sounds gory, thrilling and absolutely perfect for the Halloween festive season!

Would you be watching the Werewolf by Night Halloween Special when it comes to Disney+ this October? Share your thoughts in the comments below!