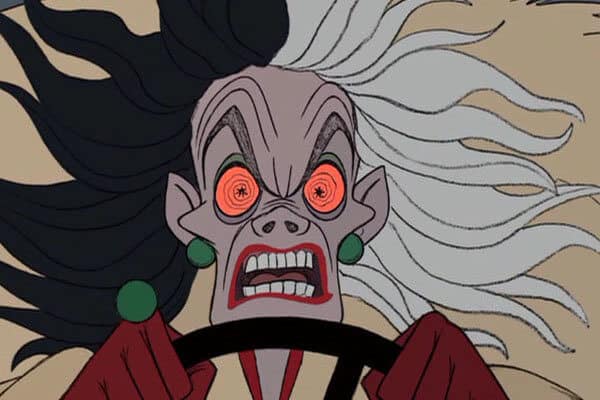 Everyone loves to hate them!

It’s no surprise that the Disney Villains have been one of the most popular aspects of Disney films over the years — it’s even at the point where fans “thirsting over” Cast Members dressed as Villain “minions” have caused dangerous situations in the Parks. 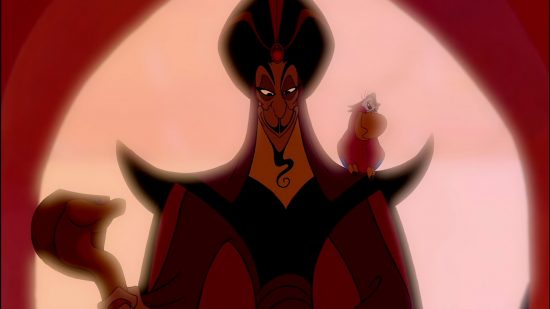 Ever since The Walt Disney Company’s first-ever full-length animated feature film, Snow White and The Seven Dwarfs (1937) changed the game with its ground-breaking animation and quite importantly, Evil Queen, the world has been enamored with Disney’s unique method of portraying the opposing force against their protagonists in their gloriously evil Villains.

Not just the best Disney Villain songs, but the catchiest

We’re gonna be looking at the ear-wormiest, head-bangiest, the most infectious and delectably evil Disney Villain songs. Not necessarily just the “best”, but ranking the catchiest Villain themes of all time.

Here, we’ll be taking a trip to the other side, journeying into the deep and likely making a dubious deal with a nefarious schemer or two.

What are the six catchiest Disney Villain songs?

This epic Villain moment from The Walt Disney Company’s last ever fully 2D animated feature, Princess and the Frog is more than iconic (and can be viewed here on Disney+).

This is the moment where Dr. Facilier AKA the Shadow Man (Keith David) a voodoo bokor or witch doctor artfully hoodwinks Prince Naveen (Bruno Campos) and a sniveling Lawrence (Peter Bartlett), into shaking his hand and inadvertently signing a deal with him and his “friends from the other side”. 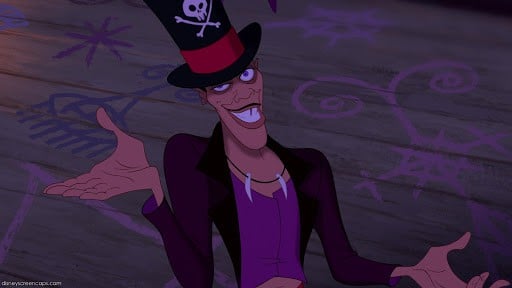 This almost trippy song filled with riotous color is definitely in line with previous Disney Villain classics like “Poor Unfortunate Souls” from The Little Mermaid (1989) — a similar arc where an unsuspecting protagonist is cajoled and manipulated into signing a contract with a magic-bearing malicious entity, ultimately leading into a transformation of their form.

It’s ranked sixth purely because of the heavy-hitters coming up, and also perhaps a fair amount of it is more spoken monologue than song — although that does not detract from the experience one bit!

“Come on boy… won’t you shake a poor sinner’s hand?” 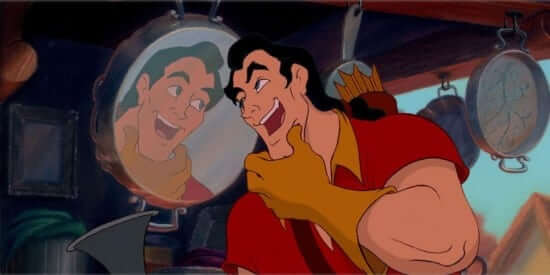 “Gaston” is one unforgettable number from the Disney classic, Beauty and the Beast!

Beauty and the Beast went a different direction with their antagonist’s “Villain Song” — instead of it being an evil-sounding monologue-type tune, the song “Gaston” isn’t even sung by the eponymous man himself — instead it is his loyal sidekick (and if 2017’s Beauty and the Beast has anything to say about it, romantic admirer), LeFou (Jesse Corti). Which, yes, means “The Fool” in French. 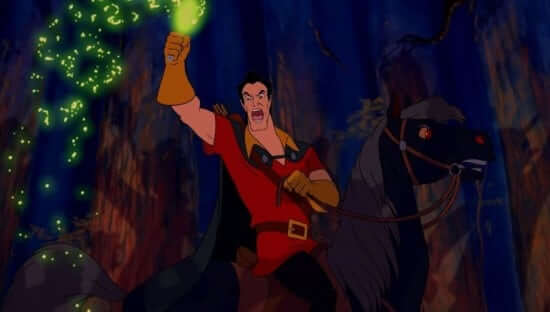 Nevertheless, this bombastic number is so much fun! Just three minutes and thirty-eight seconds of LeFou and the Townspeople non-stop fawning over the man, in the most ridiculous ways. Gaston (Richard White) is described as having the thickest neck around, using antlers in all of his decorating and also being particularly good at… spit contests. The villainous character is expertly set up to subvert the audience’s expectations of the good-looking, “manly” character being the “Good Guy” — instead the best looking guy in town is also the most dastardly.

Although his copious egg-eating as a child did leave him “roughly the size of a barge”, “Gaston” and his hair-covered chin-cleft lands in fifth place, because well… it is a little bit repetitive. Although admittedly, that’s one of the main reasons it works as a villain song!

“You want to go outside?”

Shudder-inducing. One of the most terrifyingly realistic (and gloriously manipulative) Disney Villains to ever grace the screen. She’s so well loved that Mother Gothel (Donna Murphy) has even been spotted at Disneyland Resort’s Disney California Adventure during the Oogie Boogie Bash.

Mother Gothel clouds her genuinely malicious and self-centered intent with easy manipulations, astonishingly effective gaslighting and sweet, motherly words. She spins around Rapunzel’s (Mandy Moore) Tower effortlessly singing about the perils of straying from the prison, because all of this is “for Rapunzel’s own good”. It’s likely that you’ve met someone like this in your life, whose clever words mask an intent more cunning then initially let on.

This song is frightfully catchy, with Murphy gorgeously trilling “Mother Knows Best!” as the jaunty tune by Alan Menken lilts along perfectly to her unhinged, dramatic posing.

“Skip the drama, stay with Mama!”

One of the most iconic Villain songs of all time, from the beloved Disney movie, The Lion King!

This truly great song builds, climaxes and ends in a particularly satisfying way — this feline interpretation of King Claudius from Hamlet absolutely sends shivers down your spine. Jeremy Irons is fantastic in the role, with carefully controlled menace and power that slowly builds, and reaches a height with marching and chanting hyenas, growing and collapsing rock formations and copious amounts of ravine smoke.

Yes, his teeth and ambitions are bared, so you’d best “Be Prepared”.

They literally talk about how catchy this song is in the film.

This 1961 classic about dogs and humans finding love in the world — while a crazed puppy-fur obsessed fashion designer chases a hundred and one little dogs around with two bumbling sidekicks has stood the test of time.

Even though this song isn’t performed in a musical theatre style (as many other Disney Villain songs are), this is sung by the musician Roger (Ben Wright, singing voice by Bill Wright), as he composes on the fly and decides on a whim to write lyrics depicting his wife’s ex-fashion schoolmate, Cruella de Vil (Betty Lou Gerson).

“Cruella de Vil, Cruella de Vil, if she doesn’t scare you, no evil thing will!”, is a line that will just repeat over and over again in your head, unbidden. For that, it achieves a well-deserved second place.

What can trump “Cruella de Vil”, you ask?

Why Alan Menken and the late Howard Ashman’s masterpiece of a Villain song, “Poor Unfortunate Souls”, of course!

This absolute banger of a nefarious tune is one that absolutely contributed to The Little Mermaid‘s success, and even that of the Disney Renaissance. Ursula vamps the entire way through the song, and as mentioned earlier, this song essentially created the Disney villain trope of “unwitting-contract-leads-to-transformation”.

It expertly conveys the plot while also perfectly capturing Ursula’s intimidating character — it even tells us what fate awaits Ariel should she fail in the task. The stealing of Ariel’s voice is absolutely haunting, as is her transformation into a human. This beautifully horrible song has almost single-handedly cemented Ursula as one of the Disney Villain greats.

“They weren’t kidding when they called me, well, a witch!”

Overall, it’s with some seriously great panache that these Disney Villains uncover their wicked wiles to the audience.

Because once you get them monologuing, there’s no turning back.

What do you think of this list of the catchiest Disney Villain songs ever? Was there something we missed? Share your thoughts in the comments below!