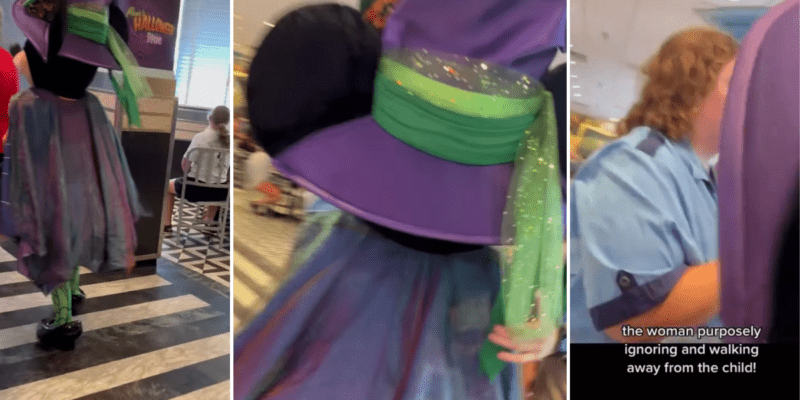 Following allegations of racism and an ongoing lawsuit against Sesame Place San Diego, other families have spoken out about racism at Theme Parks around the United States. One family claimed that Rapunzel intentionally ignored their Black daughter while greeting other children at Disneyland Resort.

This week, @alexsajade shared a video and accompanying statement on Instagram detailing an alleged incident of racial discrimination at Walt Disney World Resort. According to the post, Alexsa and her two children dined at Hollywood & Vine at Disney’s Hollywood Studios.

Alexsa arrived for her reservation at Minnie’s Halloween Dine, eager for her little ones – both under five – to get photos and autographs from their favorite Disney characters. Unfortunately, the family’s experience quickly turned “awful and traumatizing.”

Related: Here’s How To Opt-Out of Disney Selling Your Personal Information

The family’s waitress served their drinks and let them know that Minnie Mouse, who had just passed by the table, would return to greet them.

“Immediately after the waitress left, we watched Minnie go to every single table and then attempt to leave after holding a finger up and making it seem as if she’d be over to us in a minute,” Alexsa explained. “The waitress had then approached Minnie twice and asked her to come over as she seen my children screaming, crying and calling her name – just to be ignored.”

Alexsa said she was later informed that Minnie Mouse told the server “no” twice. She began filming when Minnie Mouse and her character attendant started walking away. In the video, which you can view below or here, you can hear her children excitedly yelling for Minnie:

“I had approached her with the babies and asked for a picture and she denied it,” Alexsa wrote. “She also put her hand in my [child’s] face when my child desperately tried to say hello to a character she recognized and loved so much.”

Alexsa said the restaurant’s assistant manager was “extremely rude,” but the restaurant manager comped the family’s meal “as if that would justify this evident act of racial discrimination.” She also claimed the managers laughed at her:

“The “Minnie” character deliberately ignored my two young black children… Throughout the duration of this experience neither my children or myself had received an apology. This was a clear and present act of prejudice. The videos would all prove this to be true…We were publicly humiliated, as we had other people in the restaurant watching this heartbreaking interaction between my children and Minnie Mouse. The managers had laughed in my face as if this injustice was a joke to them.”

According to Alexsa, a different Minnie Mouse performer returned and tried to take a picture with her children, but they were “petrified.” The children later happily took photos with other Disney characters at the restaurant.

Though Alexsa spoke to Guest Services, she says nothing was done. She said her two-year-old son keeps repeating the fact that Minnie Mouse ran away from him.

“My children are traumatized and we never want to return. What was supposed to be an amazing vacation, was nothing short of upsetting and disgusting,” Alexsa wrote. “A place that’s meant to be magical, inclusive, and diverse quickly became a nightmare.”

Alexsa has started a campaign on TikTok and Instagram to raise awareness about this incident. Walt Disney World Resort hasn’t responded publicly to the allegations of racist discrimination.

Inside the Magic will update this story with any developments.