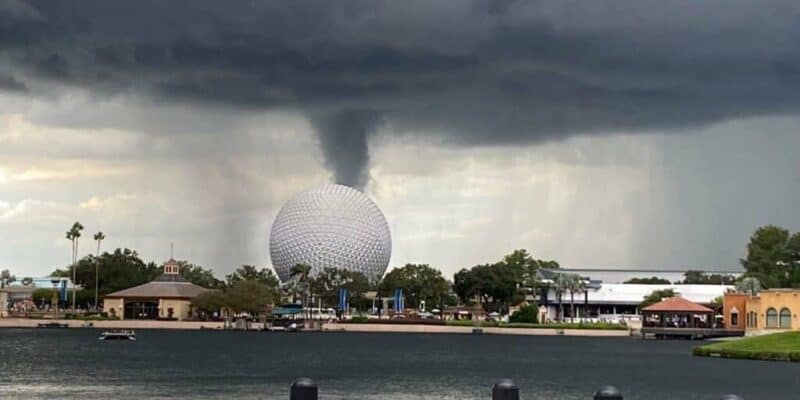 After some reported being issued an inclement weather warning, Guests visiting Disney World tonight saw a rather frightening sight looming in the distance.

Florida weather is notoriously unpredictable with intense heat and humidity, but no one expects to see a full-fledged tornado near or at “The Most Magical Place on Earth.”

But tonight, just beyond the iconic EPCOT sphere, a tornado could be seen mere miles away from the Park. As we mentioned, several warnings were issued for Guests and residents in the area.

You can see a few photos of the tornado down below, courtesy of Daniel Robertson and Andrew Klatt:

In the past few months alone, we have seen the Walt Disney World Resort get completely flooded more than a couple of times.

Summertime at Walt Disney World consists of lots of sun, but it’s also common to see several thunderstorms and random pop-up showers. Sometimes these rain showers can even turn into torrential downpours, which could really change the trajectory of your day at times as select Disney World attractions may close due to the rain.

This is a developing story, we will update our article as more information comes out.