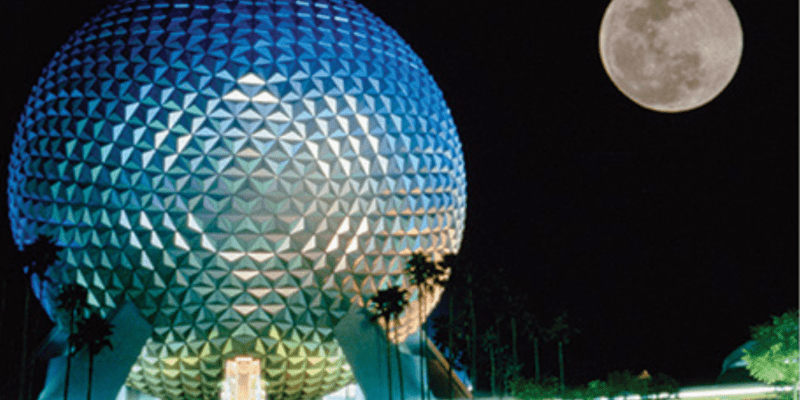 On October 1, 1982, eleven years after the opening of Magic Kingdom at the Walt Disney World Resort, The Walt Disney Company welcomed Guests to experience a new Disney Park–one that would take them on a journey of discovery that asked the questions, “what does the future look like, and how can we embrace that future?”

For some lifelong Disney Parks fans, it may seem like the opening of EPCOT was only yesterday, but the unveiling of Disney World’s second theme park took place 40 years ago this October, and while all eyes have been on the Walt Disney World Resort’s 50th anniversary celebration since October 1, 2021, true Disney fans know that the 50th actually really belongs to Magic Kingdom alone.

Though EPCOT Center would open some 16 years after Walt Disney’s untimely death following a short battle with lung cancer, fans knew it was coming, as Walt had all but prophesied the advent of new areas, new lands, new parks, and new experiences at Disney World shortly after he purchased thousands of acres of swampland in Central Florida.

“Here in Florida, we have something special we never enjoyed at Disneyland: the blessing of size,” Walt once said about the Florida Project, later named Walt Disney World. “There’s enough land here to hold all the ideas and plans we can possibly imagine.”

And the next step in the Disney World parade after Magic Kingdom was a theme park called EPCOT Center, the Experimental Prototype Community of Tomorrow. On October 1, 1982, EPCOT opened, and though it wasn’t the same EPCOT conceptualized by Walt Disney himself, the finished product, as it were, was one that took on a personality of its own–and Guests were pleased.

Guests enjoyed an opening day ceremony of pageantry and culture, and throughout the park, that culture, along with new ideas and before-its-time technology, filled every space, beckoning visitors to immerse themselves in every single facet of EPCOT Center–and the Disney magic was palpable, though in very different ways from Magic Kingdom’s approach eleven years earlier.

“May EPCOT Center entertain, inform and inspire and, above all, may it instill a new sense of belief and pride in man’s ability to shape a world that offers hope to people everywhere.” – Official Dedication, Oct. 24, 1982

A one-month-long celebration of EPCOT’s debut showcased the park’s 5 pavilions in Future World, as well as 9 pavilions along the World Showcase promenade.

Walt Disney once proclaimed that “EPCOT will always be in a state of becoming,” and during no time in the park’s history has that been more apparent than now, as Disney continues to foster EPCOT’s growth and evolution with the biggest transformation to take place inside the park in its 40 years.

Per Walt Disney World News, here are just some of EPCOT’s milestones over the last 40 years–and even before the park’s opening:

Here’s a look at some of the milestones in the 40-year history of EPCOT: