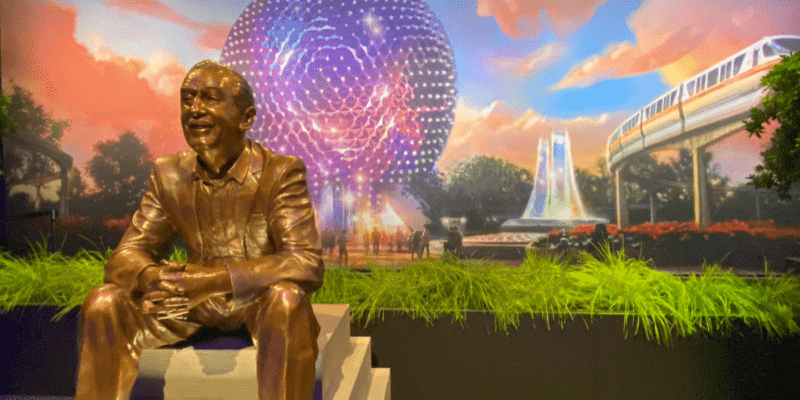 Walt Disney didn’t live to see his “Florida Project” come to life, but his brother Roy Disney ensured that Guests would never forget the man behind the mouse. On October 1, 1971, Roy stood on Main Street, U.S.A., and proclaimed that the Disney Park would be called Walt Disney World in honor of his late brother.

Here’s a first look at the Walt the Dreamer statue coming to EPCOT. #D23Expo

Here’s a first look at the Walt the Dreamer statue coming to EPCOT. #D23Expo pic.twitter.com/qRAEPdld35

It’s unknown when the statue will be officially unveiled at Walt Disney World Resort. Inside the Magic will continue to report updates from D23.

Also at D23, The Walt Disney Company shared a scaled model and new concept art for Tiana’s Bayou Adventure, coming to Walt Disney World Resort and Disneyland Resort in 2024. The ride will replace Splash Mountain, long-controversial for its association with Song of the South (1946).  Taking place after the events of Princess and the Frog (2009), the log flume ride will feature at least one Princess Tiana animatronic and introduce 16 new characters!

Are you excited about the Walt the Dreamer statue coming to World Celebration at EPCOT?