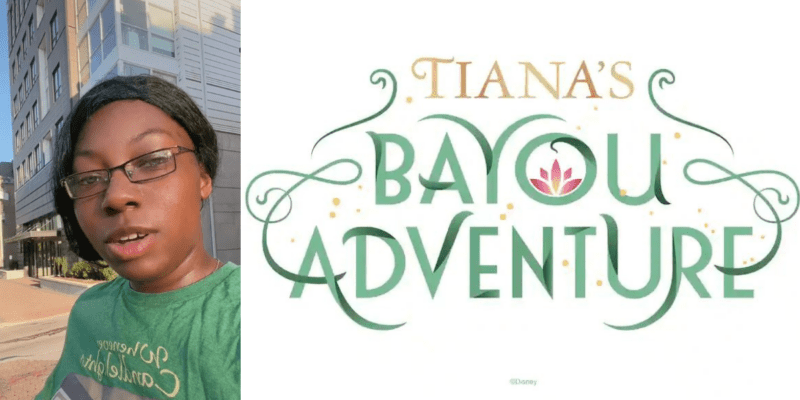 Splash Mountain will reopen as The Princess and the Frog (2009) inspired Tiana’s Bayou Adventure in 2024 at Disneyland Park and Magic Kingdom.

Reactions to the Splash Mountain retheme are mixed, with some Disney Parks fans offering to protect Splash Mountain with their lives and others excited for Princess Tiana (Anika Noni Rose) to have her own ride. One Disney fan, Danielle (@daniellesmagicallifestyle), asked other fans to like a now-deleted video if they wanted to “burn the retheme.” TikToker and travel agent Victoria (@pineappleprincess340) shared the video with a response:

“Now me, personally, I don’t give a f*ck if anybody states that they want Splash Mountain to stay because that b*tch very clearly got its eviction notice, so… I don’t care what you say,” Victoria explained. “That b*tch is gone.”

Victoria said that even though the “burn it” sound is currently trending on TikTok, using it to talk about wanting Splash Mountain to stay is “very microaggressive.” A microaggression is defined as:

“By you supporting Splash Mountain to stay, you are supporting that Disney stands behind African American stereotypes,” Victoria says. “Stereotypes that are so bad that they have worked very hard to hide it. They are, in fact, embarrassed by it. Therefore, why are you supporting it?”

Disney has long-banned Song of the South (1946), the inspiration behind the characters on Splash Mountain. The film is considered racist for its stereotypical depictions of African Americans, cheery outlook on post-slavery plantation life, and “Zip-A-Dee-Doo-Dah,” allegedly influenced by a racist pre-Civil War folk song. The film’s star, James Baskett, wasn’t allowed to attend Song of the South’s Atlanta premiere due to his race.

“You are being microaggressive with your opinions. It does come off as racist,” Victoria notes. “At the end of the day, you can have freedom of speech but not freedom of consequence.”

No closing date has been publicly announced for Splash Mountain in Frontierland at Walt Disney World Resort or in Critter Country at Disneyland Resort. The Song of the South (1946) ride will remain the same at Tokyo Disneyland, though the Disney Park recently removed the ride’s anthem, “Zip-A-Dee-Doo-Dah,” from its music loop. From Disneyland:

Are you excited for Splash Mountain to reopen as Tiana’s Bayou Adventure?