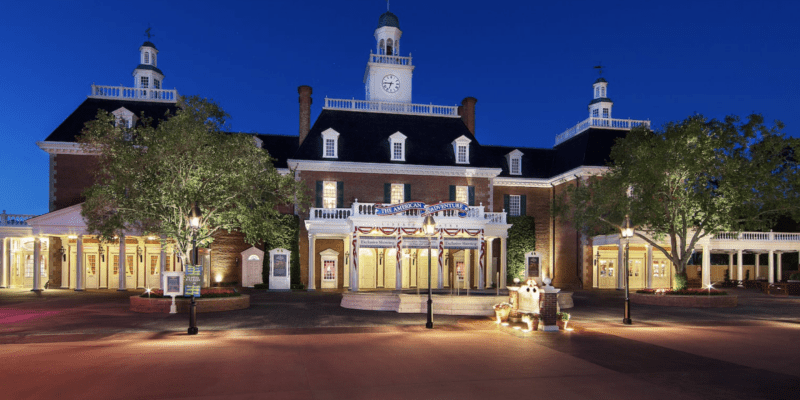 For those who may not know yet, a fire broke out yesterday at the Walt Disney World Resort. Guests could see flames and a lot of smoke surround a building in EPCOT following the Park’s nightly entertainment.

At the time of publishing this article, we do not have any information as to how this fire started, though we can make an assumption that it was caused by the pyrotechnics of Harmonious, EPCOT’s nightly show.

The fire specifically happened in the America Gardens section of the America Pavillion in World Showcase. The damage was severe enough that crews started repairs early this morning on the building.

This was shown in a tweet from Michael Beam (@MikeBeam):

The photos show at least one crane working on the building. We aren’t sure what the damage consists of just yet, but we can assume that it will need new paint and possibly some work on the actual structural integrity.

While fires are rare, they usually end up happening due to a rogue firework or other pyrotechnics. In the past, we have seen examples of this with other fires at other Parks. Thankfully, no injuries were reported from last night’s incident.

Curiously, The American Adventure is set for a refurbishment later this month, though this seemingly had nothing to do with the fire last night.

Have you ever witnessed a fire at the Walt Disney World Resort?