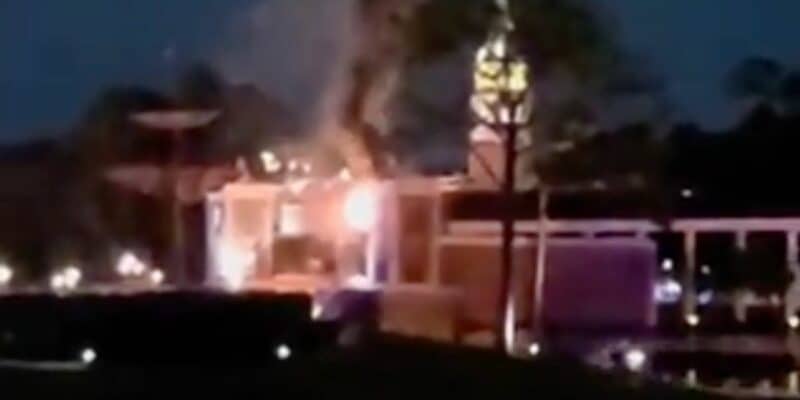 Flames and smoke filled the air shortly after EPCOT’s nightly entertainment ended, with no one sure exactly what happened.

At Disney World, Guests have so many choices when it comes to live entertainment. From actual plays like Beauty and the Beast at Disney’s Hollywood Studios to parades at the Magic Kingdom. Guests looking for some magical Disney entertainment are certainly in luck.

However, nightly firework shows are the bread and butter of the Disney Parks, and the Orlando, Florida Resort has a ton of them. Unfortunately, one possibly went a little haywire tonight, with multiple small fires breaking out at EPCOT.

A video was shared on Twitter by DisneyWorldTom (@disneytiktok) shortly after the fire started and can be seen below:

BREAKING: A fire broke out this evening at World Showcase at EPCOT

BREAKING: A fire broke out this evening at World Showcase at EPCOT pic.twitter.com/ZNfo198Xyw

Related: Disney’s Pirates of the Caribbean Ride Closed Until Next Year

As you can see in the video, several balls of fire engulfed a building at what appears to be either the America or Italy Pavillion in EPCOT’s World Showcase. At the time of publishing this article, we do not have any information as to how this fire started, though we can make an assumption that it was caused by the pyrotechnics of Harmonious, EPCOT’s nightly show.