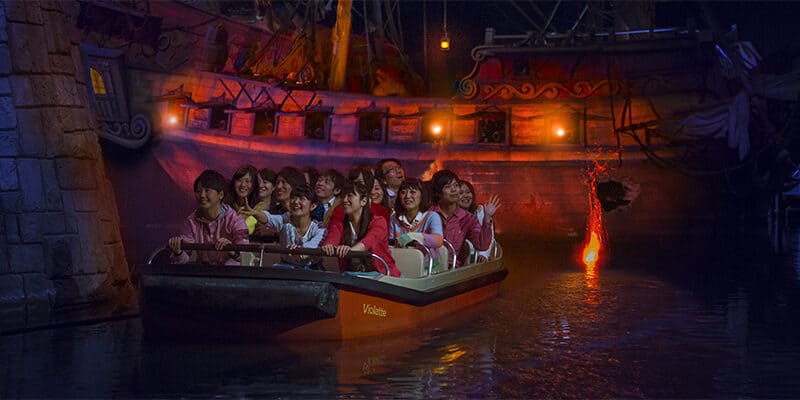 Being Disney fans, we all know that Disney attractions are some of the best experiences out there in the theme park world. Sure, while Universal may have rides like Hagrid’s Magical Creatures Motorbike Adventure and Jurassic World VelicoCoaster, Disney also has quite jaw-dropping attractions as well.

Avatar Flight of Passage and Star Wars: Rise of the Resistance are both great examples of the high-tech features and elements Disney has been implementing in its newer rides, at least at its American Parks.

Unfortunately, closures and refurbishments are just something theme park enthusiasts have to get used to. From new rides like Guardians of the Galaxy: Cosmic Rewind to classic attractions like Haunted Mansion, it’s always good when a ride can shut down and get the care it needs.

We just saw this with Disneyland’s version of Pirates of the Caribbean, which underwent a lengthy refurbishment earlier this year, and now, another version of this iconic ride is now closed.

The Tokyo Disney Resort also just closed one of its most popular thrill rides, completely shutting down Space Mountain for several months.

This closure comes just ahead of the ride’s eventual permanent closure next year, which is a small part of the massive reworking of the Park’s Tomorrowland area. Now, the Tokyo Disney Resort has posted what exactly will be closed for the upcoming months at both Tokyo Disneyland and DisneySea, and we’ve compiled all of them down below.

Have you been to Tokyo Disney?