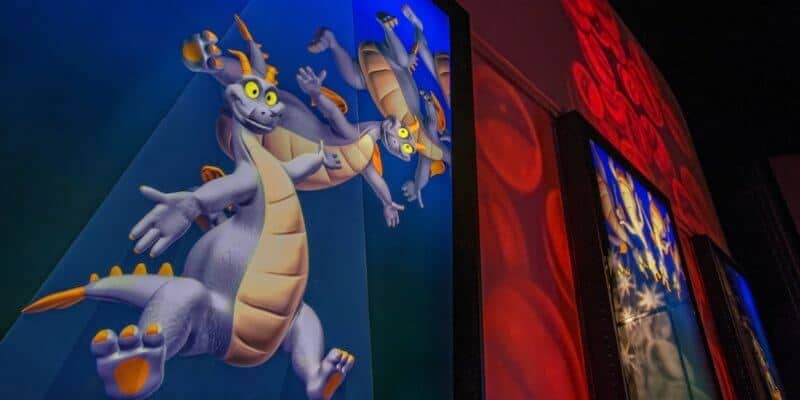 Forget Mickey, Minnie, Pluto, Donald, and Goofy, because the most iconic Disney World character may, in fact, be a talking purple dinosaur (dragon?).

Figment has been an iconic character at EPCOT in Walt Disney World Resort since the Disney Park’s opening. The beloved character has his own ride in Journey Into Imagination With Figment at EPCOT, and earlier this year, a Figment Popcorn Bucket absolutely took the World of Disney by storm.

Guests line up for multiple hours just for a chance to snag this limited edition bucket. Cries for Figment to return as a meet and greet have gone on for years, but thanks to the demand for the popcorn bucket, it seems Disney has finally listened.

During Disney’s D23 expo, Disney Parks Chairman Josh D’Amaro announced that Figment would return as a meet-and-greet character in EPCOT. We are still quite a ways away from this experience, unfortunately, with Figment expected to be added sometime in 2023.

Many Guests have voiced their concern about Journey Into Imagination with Figment, stating that it’s in desperate need of an update. Regardless, the attraction has received a cult-like following, primarily due to the iconic purple dragon.

Of course, this ride and its previous versions would even exist without the help of the legendary Tony Baxter.

While there are so many incredible Disney Imagineers that have worked for the company, few have maintained the status of Tony Baxter. The famous Imagineer received the prestigious Disney Legend accolade in 2013 for his work on attractions such as Big Thunder Mountain Railroad, Star Tours, Journey into Imagination, Indiana Jones and the Temple of the Forbidden Eye, and Splash Mountain.

His contributions to Disney theme parks, including revolutionary ride vehicles, have aided Imagineering and theme parks across the globe.

One D23 attendee shared their short experience of chatting with the iconic Imagineer about the EPCOT news. The short conversation was shared on Twitter by @GertieTheDino and reads:

When I was chatting with Tony Baxter earlier, he also said he’d wished more had been announced for the Imagination Pavilion at Epcot, but that reintroducing the Figment walk around character was a “step in the right direction.”

While nothing major is planned for the attraction or pavilion, it’s a good sign that a former lead Disney Imagineer is at least hopeful for the future of the Park.

Another one of the big changes happening at EPCOT is the debut of three brand-new lands, replacing what was formally known as Future World. These three new lands allow all of EPCOT to feel connected with four neighborhoods that speak to each important aspect of the world.

World Showcase, which has already been a part of this park, is now joined by World Celebration, World Nature, and World Discovery. The construction on these three lands has been ongoing, and now, we are beginning to see certain aspects of the theme park taking shape.

Are you excited to be able to meet Figment?