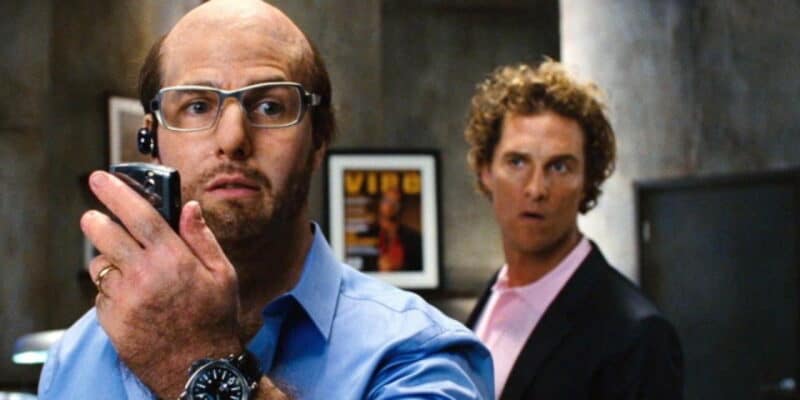 Tom Cruise wants to bring back one of his surprising roles with Christopher McQuarrie.

Cruise has had a lot of success recently after starring in Top Gun: Marverick (2022), which is the most successful film for the actor. Now, Cruise is gearing up to work on several more projects with Mcquarrie, the director Cruise has worked closely with these past few years.

McQuarrie and Cruise have finished working on their next project, Mission Impossible: Dead Reckoning Part One (2023) and are reportedly gearing up to begin working on three new projects. While fans have gotten used to seeing Cruise as a leading figure in action movies, fans might be shocked to learn that Cruise might end up in a musical or another comedy movie.

CultureCrave shares the news online that Cruise and McQuarrie are figuring out the details for some upcoming projects, which includes resurrecting the Les Grossman spinoff that was stalled and shelved a few years back:

Tom Cruise and Christopher McQuarrie are developing 3 projects together

Tropic Thunder (2008) was a bizarre movie with a spectacular cast, but fans were unsure how a sequel could be made. After Robert Downey Jr. and Ben Stiller’s schedules became super busy, it seemed that a sequel wouldn’t happen.

While some fans might not have had a problem with RDJ playing a Black character, his actions were definitely controversial as some fans take offense that the actor did a version of black face. While RDJ has admitted that he has no intentions of reprising the role, Tom Cruise has decided to bring back his character from the movie and give him a spinoff.

Cruise’s shocking cameo was unlike anything else fans have seen from the actor, and while fans secretly hoped for Tropic Thunder 2 — or wished it didn’t exist — most fans can agree that a Les Grossman spinoff felt imminent.

Over the past few years, the spinoff has been teased, so it isn’t a surprise that Cruise wants to bring the project back into development. Still, it will be interesting to see how Cruise navigates the projects as the spinoff could be completely unrelated to Tropic Thunder which might be for the best if the movie is hoping to be successful.

Do you want Cruise to reprise his role as Les Grossman in a spinoff? Let us know what you think!