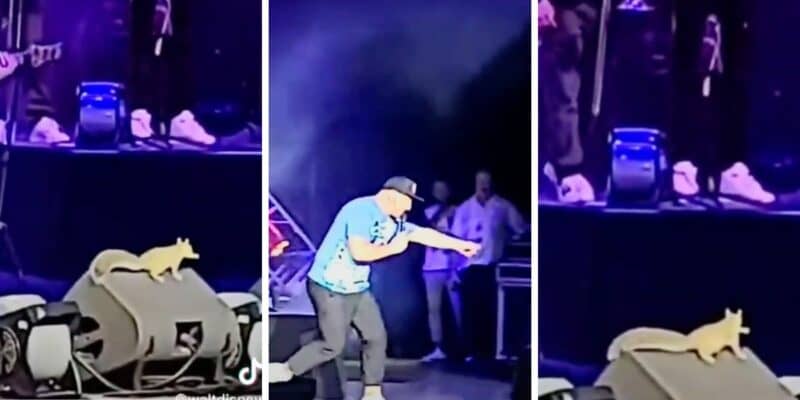 Disney’s Eat to the Beat concert is part of this year’s EPCOT Food and Wine Festival. The line-up includes musical stars such as Kris Allen and David Cook, Boyz II Men, Hanson, and most recently, Joey Fatone.

Joey Fatone is best known for being a member of the boyband NSYNC. He also came in second place on the ABC reality show Dancing with the Stars n 2017.

Fatone visited Walt Disney World this past weekend and put on a show at EPCOT’s Eat to the Beat concert. He brought along some friends, including James Murray from Impractical Jokers. Yesterday, a very special Guest made an appearance, even surprising Joey Fatone himself — a squirrel with a cigarette!

It’s almost too bizarre to believe, but the incident was caught on camera, which you can see below or by clicking here. The TikTok user wrote:

According to other Disney fans, this is not the first time this squirrel has made an appearance. In fact, he even has a name — Stanely! One user commented on the video:

His name is Stanley and he loves to be up there when there’s a show going on!! This isn’t his first visit 😂

This certainly was a surprise, not only for fans watching the show, but for Joey Fatone himself!

Here is the EPCOT Eat to the Beat concert line-up for the remainder of the season:

Inside the Magic spoke exclusively to Joey Fatone and Joe Mulvihill regarding the success and audience reactions to Joey Fatone & Friends this past weekend, and the love and appreciation from the two is certainly stronger than words. For the full interview, click here.

Were you visiting EPCOT recently? Did you see Joey Fatone and Friends? Let us know in the comments below.