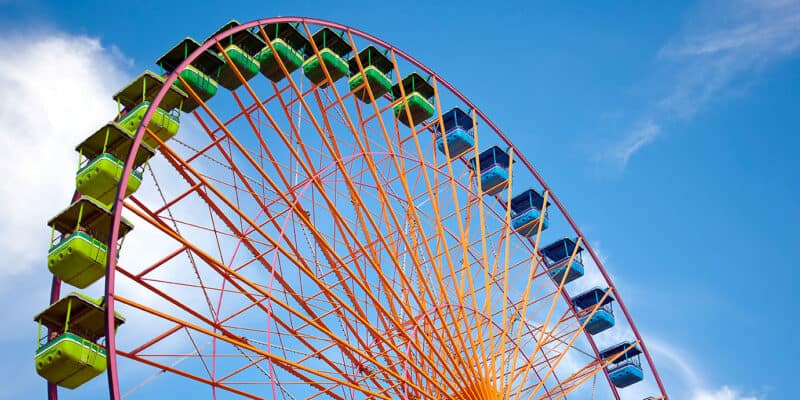 Recent comments on social media suggest that the recent incident of public indecency at the Sandusky theme park could have been publicly planned.

Last week a couple was arrested at Cedar Point in Sandusky, Ohio, on charges of indecent exposure, which were upgraded to a first-degree misdemeanor because two witnesses were juveniles. The couple initially denied their behavior but later admitted to it when confronted by the witnesses, who were “traumatized” by the unacceptable scene aboard Cedar Point’s Giant Wheel. You can read more about this story here.

Related: Guest Shares Infuriating Experience at Popular Theme Park, “What Motivates Someone to Do That?”

Amid the discussion surrounding the incident, recent comments on social media suggest that the couple involved possibly planned their encounter publicly on social media.

Redditor u/helixonyt posted about the news, asking if the incident was actual, and commenting that if so, it was “insanely disturbing.” The post quickly gathered responses from fellow Redditors, who agreed with the original poster, commenting that the couple should be blacklisted from the Park and that the incident was completely unacceptable, especially because of the Park’s family-friendly nature.

However, a comment from user u/helpme9282828 stood out from the rest, as they commented that the encounter had been premeditated. Their comment reads as follows:

Yes, and there was a post on Reddit asking for someone to have sex in the park a few days before this happened, this happened on the exact date it was supposed to happen in the post and everything.

He’s married with kids and wanted to keep it on the DL, his wife definitely knows now.

Here it is for anyone curious. What an absolute dumbass.

The post this user refers to was shared on a hookup Subreddit, and the original poster has since deleted his account. This post may result offending to some. Reader discretion is advised.

The post was allegedly made by a 35-year-old man and reads:

Married guy, in a sexless marriage want to cheat on the mrs. I wanna have some dangerous sex at cedar point! Anywhere in or out of the park. But here’s the tricky part my kids will be with me and they can’t find out or I’m dead! Anyone up for this? Dm me and let’s figure it out!!!! I have snap so we can chat there to. Send me a couple pics and yer plan to do this and not get caught!

Related: Guests Escorted Out by Security After Breaking Theme Park’s Code of Conduct

Some Redditors commented on the age difference, as a 35-year-old man allegedly made the post above, and the couple arrested were both 32 years old. However, the fact that the incident happened on the date agreed on in the post above seems like too much of a coincidence to many.

Redditor u/helpme9282828 commented the following regarding this discussion:

I think it was more so he could have plausible deniability if his wife ever came across the post, and knew he was going to Cedar Point on that exact day. The fact that that post was written, and they were arrested on the day, the post said he would be there, is too much of a coincidence IMO.

Hope the sex was worth ruining both their lives. Because they’re both on the sex offender registry for life. And assuming this is the guy who posted a few days before this, his wife and kids most certainly know now.

While it is not entirely clear if the man who posted the now popular indecent proposal is the same man arrested at the Sandusky theme park, the coincidence is uncanny, as many Redditors comment. In addition, the fact that this encounter was utterly unacceptable is undeniable.

This isn’t the first time that an incident like this has occurred at the Cedar Point attraction. A Cedar Point Team Member recently shared that a couple was dismissed from the theme park after performing sexual acts while riding the same attraction. At Disney World, a couple forced the Tomorrowland Transit Authority PeopleMover to come to a stop when they got “frisky.”

Comments Off on Sex Incident at Cedar Point Was Publicly Planned on Social Media, Many Believe