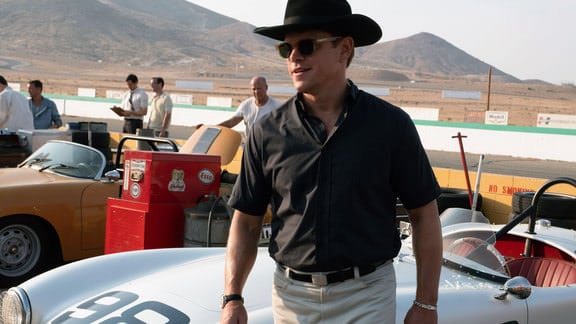 Related: Man Pretends to Be Matt Damon at Disney, Takes Photos With Other Guests

Christian Bale starred alongside Damon in the new racing film, which had some of the best racing sequences in cinema. The movie was praised for several editing and was even nominated for four categories, including Best Picture at the Oscars. Ford v Ferrari managed to win two Oscars, — Best Sound Design and Best Sound Editing. Fans loved the racing scenes, and when asked if the scenes were practical, Damon clarified that the scenes had no CGI and were completely done on camera.

Unfortunately, this was reportedly a blatant lie. One insider who worked on the movie sat down for an interview and shared that Damon discredited the work of a lot of hardworking employees. This isn’t far from what Marvel has done, as the studio has become notorious over the past few months for its harsh work policies.

One source shares that the insider called Damon a “lying piece of sh*t” for lying about the racing scenes to the public:

“We, in fact, had just poured tons of CGI into that shot. They worked their asses off on set, doing as much practical stuff as they could. But there was always stuff to be sweetened. It was like, You lying sack of shit. You don’t know what you’re talking about.”

Damon might regret lying to the public about the racing scene’s CGI, as VFX artists have been coming forward to share the mistreatment and ridiculous work situations they face. People have been enraged to learn that certain projects from Marvel have brought workers to tears due to the extreme fluctuation of work and stress when working on an MCU project.

Tatiana Maslany’s She-Hulk: Attorney at Law has been a sore topic about poor CGI in recent projects as fans are worried that the CGI-heavy series won’t look anywhere close to as good as other MCU projects and might be a disaster due to Marvel rushing the series out.

Here’s a brief description of the Oscar-winning movie:

American automotive designer Carroll Shelby and fearless British race car driver Ken Miles battle corporate interference, the laws of physics and their own personal demons to build a revolutionary vehicle for the Ford Motor Co. Together, they plan to compete against the race cars of Enzo Ferrari at the 24 Hours of Le Mans in France in 1966.

Do you think Matt Damon will take back his previous statement about the CGI?