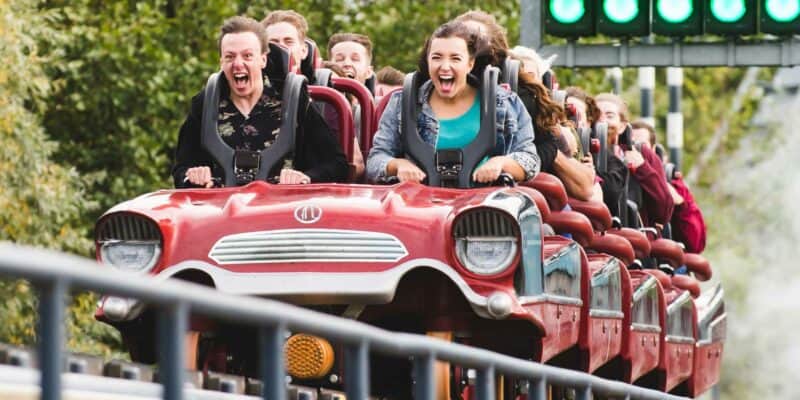 In the age of social media, reporting on dress code incidents at theme parks across the world has become a new norm. While many of these interactions regarding Park outfits tend to come by the way of a Guest being required to change in order to access the premises, one popular Reddit post comes from a father worried over his daughter’s friend’s influence on her outfit choices.

Every theme park will have some form of dress code rules in order to ensure the health, safety, and comfort of its Guests. For example, the Walt Disney World Resort in Orlando, Central Florida will require Guests to be covered up in order to enter a Disney Park — something which has drawn much commentary online after Guests were receiving free merchandise, such as a Disney Park shirt, to replace their clothes.

Disney themselves states they restrict:

Clothing which, by nature, exposes excessive portions of the skin that may be viewed as inappropriate for a family environment

Likewise, Thorpe Park in the United Kingdom, a famous theme park destination of the same standard as places like the Alton Towers Resort, has its own dress and appearance policy:

You must wear appropriate clothing (including atop and shoes) at all times whilst at the Attraction. If you are wearing clothing that isindecentor likely to causeoffence in any way, you will be refused entry or removed from the Attraction.  Stilettos and loose clothing are not allowed on some rides due to health and safety reasons.

But, the dress code situation in question did not come from Thorpe Park officials but from a father attending the Park with his family and others.

Posting to the AskUK Reddit group, user AnotherAngryDad asked whether his feelings towards how his daughter’s friend dressed on their recent trip to the theme park Resort, Thorpe Park, are valid. He said:

Hey. Apologies if is the wrong sub, but I’m quite new to posting on Reddit.

Last Saturday was my daughter’s birthday and we had a family trip to Thorpe Park. She asked if her friend “Charlotte” could come too (name changed for privacy) and we had space in the car so we said why not. When Charlotte arrived at our house in the morning for the trip to TP, we were a bit shocked by what she was wearing to say the least. Saturday was bloody hot, and I get that crop tops and skirts are the in thing for girls around my daughter’s age (15) right now, but what Charlotte was wearing was a bit extreme. No exaggeration, her skirt couldn’t have been much longer than 12″ from waist to hem.

She’s not my child though, so I didn’t tell her to cover up or anything, and she’s a very kind and sweet girl. I certainly didn’t want to make her feel ashamed or awkward. The problem is, once we got to the park she was turning a lot of heads and some of the boys were making some very rude comments to each other. At one point I heard “look at the arse on that”, and as if on cue, a gust of wind blew and the skirt rose up exposing an incredibly skimpy thong. She didn’t seem at all bothered by it, and just laughed it off, but it made me feel incredibly uncomfortable. I dread to think how much she may have inadvertently showed people getting on and off rollercoasters all day.

I’ve considered having a polite word with her parents, but I really don’t want to seem like I was sexualising their daughter, or to imply that I have any right to tell her how to dress. Quietly, I’m a little concerned this might encourage my own daughter to dress more provocatively, so maybe my concerns are stemming from that.

Would it be inappropriate to speak to Charlotte’s parents?

Is it appropriate to ask the parents of your child’s friend to have a word about how she dresses? from AskUK

With over 1,000 comments, the question has garnered a lot of contrasting views. Some argue that there is no point in broaching the subject to “Charlotte’s” parents while others suggest that it is not the place for a female to dress “appropriately” in order to stop males, or anyone else, from viewing her inappropriately.

Dress coding is a divisive subject and as more and more people speak out about it, and the ability to document it in increasing ways via social media, the discussion about what is appropriate, inappropriate, or offensive continues.

What do you think of this subject? Let us know in the comments down below!