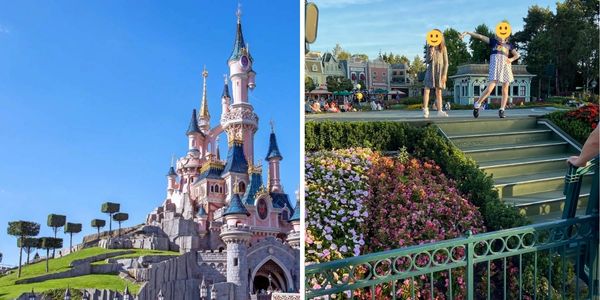 Recently, we have seen our fair share of Disneyland and Walt Disney World Guests breaking the rules, arguing, and even engaging in physical altercations. On the international side of things, at Disneyland Paris, we have seen Guests tear down water hoses, jump over fences, and trespass into off-limits areas.

Rule-breaking is bound to happen, and sometimes we can do so without even realizing it. One Guest recently did the unthinkable, accidentally lighting a tree on fire at the Disneyland Paris Resort.

Speaking of Disneyland Paris, the Resort recently set up fences and blockades in order to help keep Guests corralled into the correct areas. We covered this in a story, but this attempt was apparently futile, as Guests were already caught leaping over the barricades.

To maintain this family-friendly environment and ensure the safety and enjoyment of all Guests visiting the Parks, Disney sets out several rules and regulations Guests are expected to comply with during their visit.

Rules are put in place not only to keep Guests safe but Cast Members as well.

Unfortunately, these Guests did not get the memo, as shown in a tweet from Disneyland Paris Works (@DisneylandWorks) on Twitter:

[Live]  Fences have been added to Central plaza stages to prevent unruly guests from climbing! Well… it doesn’t work either

[Live] 🚧 Fences have been added to Central plaza stages to prevent unruly guests from climbing! Well… it doesn’t work either 😞 pic.twitter.com/DLuFa6NtSW

As you can see, the younger Guests hopped over the new fence in order to get onto a stage designated for only Cast Members during special events.

This is not just an issue at Disneyland Pairs, unfortunately. We reported on a Guest climbing out of a boat while on Living With the Land in an attempt to steal a cucumber as well as another Guest climbing into an off-limits area of Cinderella Castle.