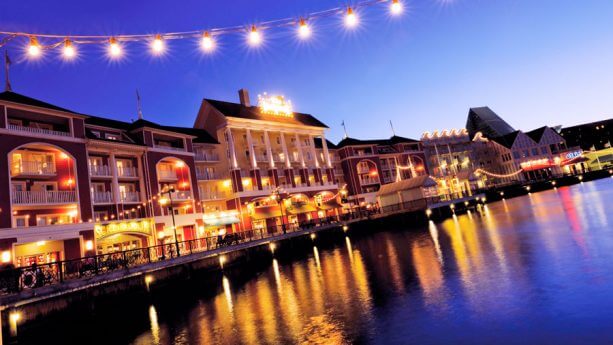 Few Resorts are as acclaimed as Disney’s BoardWalk. Featuring some incredible theming, amazing rooms, and an immense selection of entertainment, many Guests may prefer to stay here than even at Cinderella Castle.

Over the past few months, we have seen a lot of work start up as Disney prepares for the massive, multi-year project at the Resort. Part of this, unfortunately, was saying goodbye to the classic BoardWalk Bakery.

The BoardWalk Bakery officially closed a few weeks ago, and while we are sad, we are super excited for the new eatery that replaced it!

A new deli, officially called the BoardWalk Deli has finally opened. This location, previously the BoardWalk Bakery, is inspired by the delis of the Northeast region, featuring a menu that takes you on a “road trip of classic sweet and savory flavors from New York to the Jersey Shore.”

At the new BoardWalk Deli, Guests can “Delight in the timeless charm of the Disney BoardWalk while you dine on overstuffed sandwiches and deli favorites.”

You can check out the full menu at this new deli here.

Disney’s BoardWalk Resort is undergoing a lot of changes as of late, with The Cake Bake Shop by Gwendolyn Rogers set to become the Resort’s premier bakery hotspot. All of these changes are part of a massive, multi-year project at Disney’s BoardWalk Resort, one popular building is currently being demolished. Communications Manager, Lesley Harris, shared the exciting news that the Resort would be reworked to Disney Parks Blog earlier this year:

This is just the latest development at the ever-changing and improving Walt Disney World Resort. Recently, EPCOT received a brand-new attraction in the form of Guardians of the Galaxy: Cosmic Rewind, the Park’s first-ever roller coaster.

Will you be staying at Disney’s BoardWalk resort soon?

Comments Off on Disney World’s New Eatery Is Officially Open