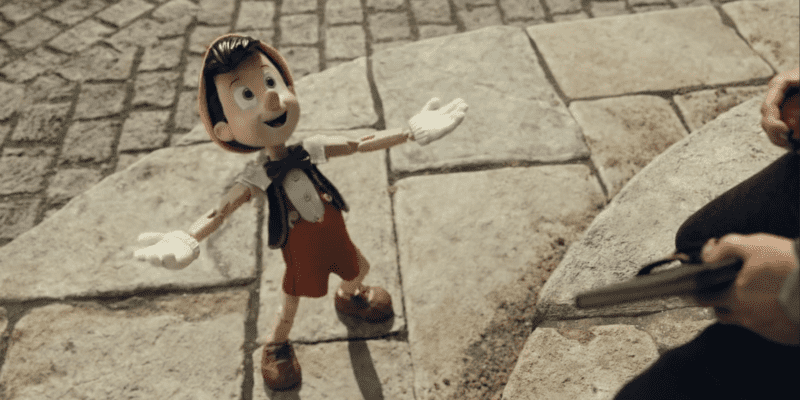 Disney just released the full trailer for its latest live-action adaptation, with stunning visuals and an impressive cast.

With Disney+ day upon us, Disney has recently announced so many fun offerings for fans to enjoy. From unique character meet and greets at Disneyland and Walt Disney World to extended hours at the Parks for select Guests and even exclusive releases coming to Disney+, September 8 is undoubtedly a date many Disney fans are looking forward to.

To add to this excitement, Disney just released the full trailer for its latest live-action adaptation, showing the stunning visuals, emotional storyline, and the spectacular cast that will star in this new interpretation of a Disney classic.

Disney+ (@DisneyPlus) posted the full trailer for the reimagined classic, Pinocchio, coming to Disney+ on September 8 as part of the list of Disney+ Day premieres.

A boy made out of pine… #Pinocchio!

Stream the movie, a #DisneyPlusDay premiere, September 8 on #DisneyPlus!

Stream the movie, a #DisneyPlusDay premiere, September 8 on #DisneyPlus! pic.twitter.com/xr7E4sIEPU

While the initial teaser trailer for this reimagined classic received rather harsh critics, it would appear that this latest release is receiving more positive reactions from fans of the beloved wooden boy.

The star-studded cast is sure to impress! We’re thrilled Tom Hanks will be playing Geppetto. Cynthia Erivo will be The Blue Fairy, as Luke Evans will take on the role of The Coachman, the owner and operator of Pleasure Island. Benjamin Evan Ainsworth will voice Pinocchio. Joseph Gordon-Levitt will voice Pinocchio’s “conscience” as Jiminy Cricket. Keegan-Michael Key will voice “Honest” John Worthington Foulfellow. With Lorraine Bracco voicing Sofia the Seagull.

The official synopsis of the film reads:

A live action and CGI retelling of the beloved tale of a wooden puppet who embarks on a thrilling adventure to become a real boy. Other characters include Geppetto, the woodcarver who builds and treats Pinocchio as if he were his real son; Jiminy Cricket, who serves as Pinocchio’s guide as well as his “conscience”; the Blue Fairy; “Honest” John; Sofia the Seagull and The Coachman.

Are you excited to see Pinocchio on Disney+? Let us know in the comments below!