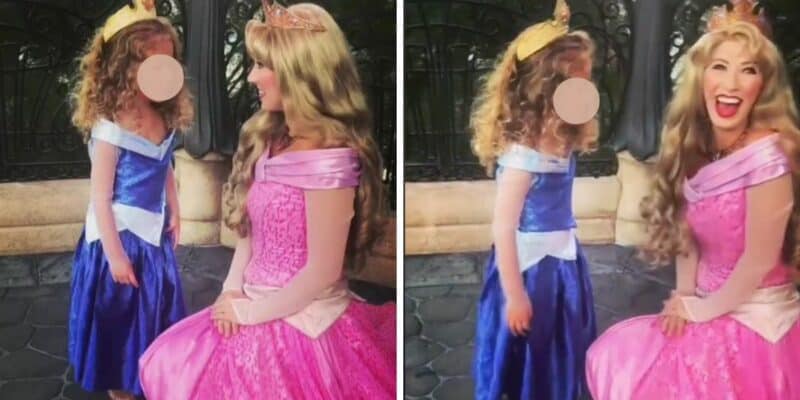 Meeting Disney characters is one of the many magical aspects of visiting the Disney Parks — but when children go up and meet their role models, you never know what they might say.

And that is exactly what happened when one little girl met Princess Aurora in EPCOT, asking her an unexpected question and making Aurora almost break character.

Disney World Guest and TikToker kitterineroberts caught the interaction on video. The child, who is also dressed as Princess Aurora, was chatting to the Disney Princess right before her face showed concern and you hear her say, “But you’re sweating?”

Princess Aurora, taken back by the question, began laughing, almost breaking character before composing herself and explaining that even Princesses can get hot sometimes and she keeps a napkin near her in case she needs to pat herself dry.

You can watch the full interaction in the video below or by clicking here.

Make sure you download the My Disney Experience app to check out the most up-to-date information regarding character meet and greets.

Have you ever met Princess Aurora at EPCOT? Have you ever heard a child ask a Disney character something unexpected? Let us know in the comments below.