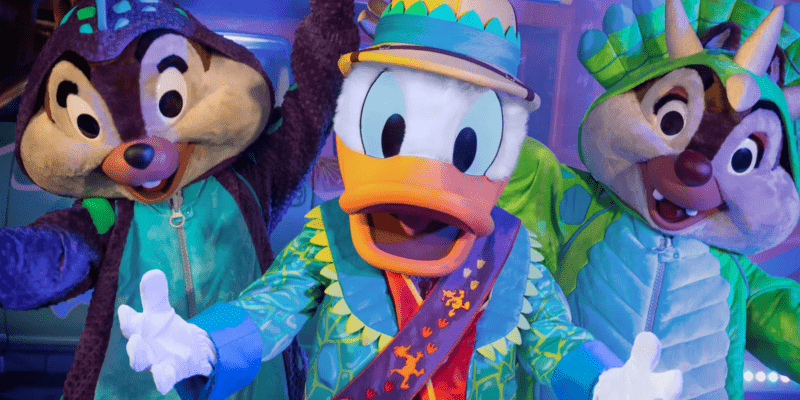 Now, Disney World is bringing back even more of the character meet and greets, including some fan-favorites from pre-pandemic.

Here are the character changes you need to know about happening soon at Walt Disney World.

Although we don’t have a concrete date yet, Disney Parks Blog shared last month that Pooh and Tigger would soon return to their meeting spot in Fantasyland at Magic Kingdom. Additionally, the Walt Disney World website states this offering will be “returning soon”.

Storybook Circus pals like The Great Goofini will soon greet Guests once again in Pete’s Silly Sideshow in New Fantasyland at Magic Kingdom. Although Disney has not set a date for the return, Disney Parks Blog did share these changes would be coming in the next few months.

Woody, Jessie, and Buzz will soon return to Toy Story Land at Disney’s Hollywood Studios. The Walt Disney World website lists this offering as “returning soon” and describes it as:

Round up the gang and get those batteries charged! Shake the snakes out of your boots and say howdy to Sheriff Woody. Yodel a hello to Jessie the Cowgirl. Remember to greet Buzz Lightyear with your best Space Ranger salute—he’s always looking for a few good toys.

These pals had some amazing adventures together, and now they’re looking forward to making new memories with you.

Donald Duck, Chip, Dale, Pluto, and more will soon return to Donald’s Dino-Bash at Disney’s Animal Kingdom. The Walt Disney World website lists this offering as “returning soon” and describes it as:

Donald Duck just heard the news—some of his feathered ancestors were dinosaurs! To mark this inquackable discovery, he’s transformed this land into a celebration for the ages.

The ‘Ohana Best Friends Breakfast will return to Disney’s Polynesian Village Resort on September 27. Guests can once again visit Lilo, Stitch, Mickey, and Pluto while feasting on a delicious breakfast.

Winnie the Pooh and Friends Return to The Crystal Palace

Magic Kingdom Guests can join Winnie the Pooh and friends once again at The Crystal Palace: A Buffet with Characters starting September 20.

Minnie and Friends Return to Cape May Café

Which character change are you looking forward to most at Walt Disney World? Let us know in the comments below.