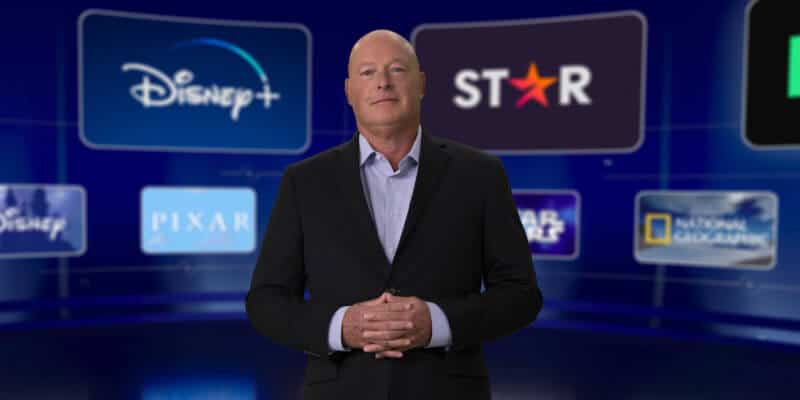 In The Walt Disney Company’s Q3 Earnings Call this month, CEO Bob Chapek boasted about the success of the company’s original streaming service, Disney+, and its other platforms, Hulu and ESPN+. Disney+ is expected to hit profitability by the end of the fiscal year after price increases and the introduction of an ad-supported subscription tier.

Though it’s hard to debate the success of Disney+ original content like Ms. Marvel, Obi-Wan Kenobi, and Pixar’s Turning Red (2022), an analytics expert says Chapek is misrepresenting the platform’s subscriber base.

Julia Alexander works as the Director of Strategy at Parrot Analytics, which claims on its website to have helped Disney+ increase demand. Alexander wrote a column for Puck alleging that Disney didn’t surpass Netflix in total subscribers as they claimed earlier this month.

Disney’s streaming services include Disney+, Hulu, ESPN+, Disney+ HotStar, and Star+. While Alexander argued that Chapek is misrepresenting Disney’s streaming success, she still noted that Disney+ is easily one of the most successfully streaming platforms.

“I’m not suggesting that Disney’s streaming business is in trouble,” she wrote. “If I had to bet on three services that will still be here in a decade, Disney+ would be included without hesitation. But how we talk about streaming is important in how we think about streaming success.”

According to Alexander, the Disney Streaming Bundle -encompassing Hulu, Disney+, and ESPN+- is “the key to Chapek’s master plan.” Currently priced at $13.99 a month, the price is expected to jump to $19.99 later this year for the ad-free Disney+ subscription tier. Bundle subscribers can avoid a December price increase by moving to the ad-supported plan.

Alexander said the “trick” is that Disney counts Disney Streaming Bundle subscribers as three subscribers instead of one. “That’s true, in a sense, but not exactly fair if you’re trying to make a direct comparison with Netflix or another streamer,” she wrote.

Disney Streaming Bundle subscribers may never even open ESPN+ or Hulu, depending on what they use the service for, so to count each subscriber three times is disingenuous. But, Alexander explained that the comparison to Netflix is made for media attention, not to increase actual business value.

“Some may chalk this point up to semantics, but subscriber semantics matter in streaming since it’s a relatively new industry and we’re still learning to talk about it,” Alexander argued.

Alexander said the real success of Disney+ and the Disney Streaming Bundle would be tested in December when the price increases and the ad-supported tier come into effect. Also, Disney+ offered a discounted three-year plan when it launched in 2019, which will mean that this fall is the first time early subscribers have had to decide if what Disney+ offers is worth the cost.

Inside the Magic will report any Disney+ updates as they are announced.

Do you think the way Chapek represents Disney Plus is disingenuous?