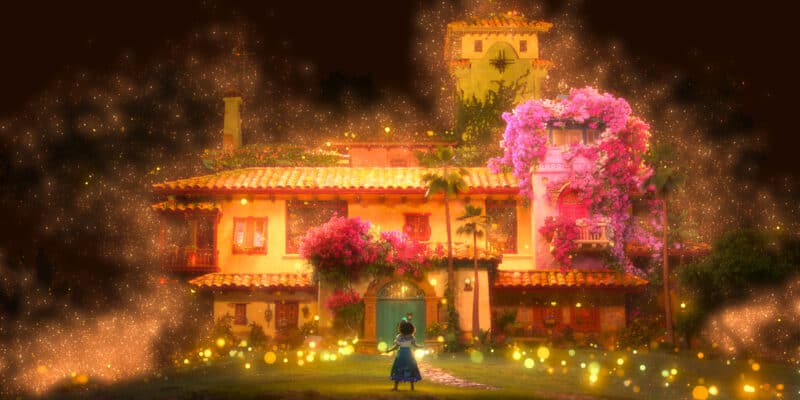 D23 announced big plans for their 2022 Expo, including A Celebration of Disney Animation’s “Encanto” on the Premiere Stage.

Per their announcement, D23 invited Guests to “join the team behind Walt Disney Animation Studios’ Academy Award® –winning hit Encanto for stories behind the making of the film” on September 10 of this year.

Scott Gustin tweeted about the news:

On Sept. 10, “A Celebration of Disney Animation’s “Encanto” will be held on the Premiere Stage. Disney says the panel will feature the team behind the film – and “a few surprises.”

On Sept. 10, "A Celebration of Disney Animation’s “Encanto” will be held on the Premiere Stage.

Disney says the panel will feature the team behind the film – and "a few surprises." pic.twitter.com/y1NsM73C6h

At this time, we aren’t sure what “surprises” are in store, but Inside the Magic will be attending D23 and will report on any big announcements made.

Fans of Encanto (2021) have long waited for more representation in the parks after the movie’s success last year. If you’ve never seen the hit film, Disney describes it as:

“Encanto” tells the tale of an extraordinary family, the Madrigals, who live hidden in the mountains of Colombia, in a magical house, in a vibrant town, in a wondrous, charmed place called an Encanto. The magic of the Encanto has blessed every child in the family with a unique gift from super strength to the power to heal—every child except one, Mirabel (voice of Stephanie Beatriz). But when she discovers that the magic surrounding the Encanto is in danger, Mirabel decides that she, the only ordinary Madrigal, might just be her exceptional family’s last hope.

Almost a year after the release of the film, main character Mirabel finally graced the Disney World Parks with their presents in June of 2022. Disney Parks Blog made the exciting announcement last month:

“We may not talk about Bruno, but we can definitely talk about Mirabel making her debut in the “Disney Adventure Friends Cavalcade” on June 26! The young hero from Walt Disney Animation Studios’ hit film “Encanto” will join Miguel from “Coco,” Nick and Judy from “Zootopia,” Max, Goof, Moana and more as this super-sized cavalcade winds through the park several times each day.”

Are you excited for more Encanto in the Disney Parks? Let us know!