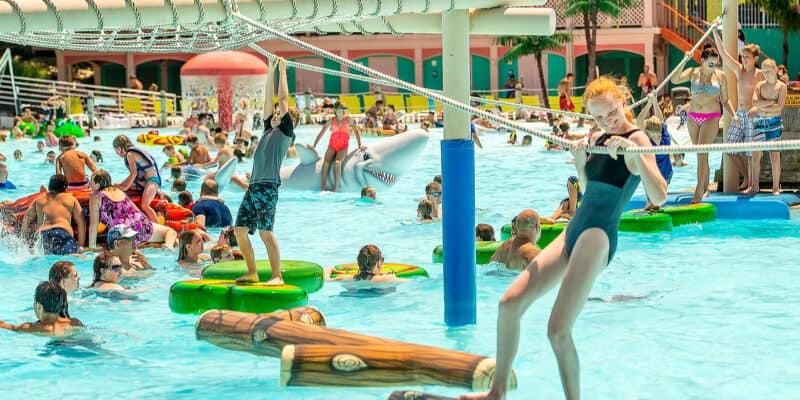 A young girl was rushed to the hospital after an incident at Oceans of Fun, a popular water park in Kansas City, Missouri. The incident occurred on Tuesday evening when Park’s lifeguard staff pulled the young girl from the Coconut Cove pool.

Related: Man Kicked Out of Water Park After Performing CPR On Unresponsive Guest

As reported by 41KSHB, the Park’s EMS staff immediately began performing CPR on the young Guest, and firefighters with the Kansas City Fire Department arrived at the Park around 6:45 pm to continue caring for the girl.

The young Guest was transported to Children’s Mercy Hospital, recognized as one of America’s best children’s hospitals with ten pediatric specialties.

KMBC KANSAS CITY reported that one lifeguard was seen crying as she left the Park after the incident. According to a Guest who witnessed the incident, many lifeguards were on duty at the time of this unfortunate event.

As of the publication of this article, the status and identity of the girl sent to the hospital remain unknown to the public.

More on Oceans of Fun

Oceans of Fun is the neighboring water park of Worlds of Fun in Kansas City, Missouri. The Park has over 15 slides and attractions, dining offerings, and exclusive cabanas for the whole family to enjoy and splash in the sun! Per the Park’s official website:

Oceans of Fun is the Kansas City waterpark offering more than 60 acres of summer fun for the whole family. Enjoy the wet and wild times on extreme water slides like the record-breaking Riptide Raceway, the largest mat racing waterslide in the world, or make a splash in the kid-friendly Splash Island. Featuring a wave pool and lazy river to beat the heat, cabanas to cool down and dining options to fill up, you can always have fun at the biggest waterpark in the Midwest!

With admission included to Worlds of Fun, Oceans of Fun is the best place for fun things to do fun in Kansas City.

Coconut Cove, the attraction in which this story developed, is described by the Park’s website as follows:

Coconut Cove is THE place to be for a variety of water fun! This “superpool” has it all with an assortment of floating creatures, including a friendly shark and a happy hippo, plus lily pads and floating logs that challenge your balance as you try to cross from one side to the other. Find geysers and mushroom rain umbrellas for additional interactive fun. Plus, coast down one of the mini slides or down Aruba Tuba, all of which splash-land into this 500,000 gallon pool.

Have you ever been to Oceans of Fun? Let us know in the comments below.