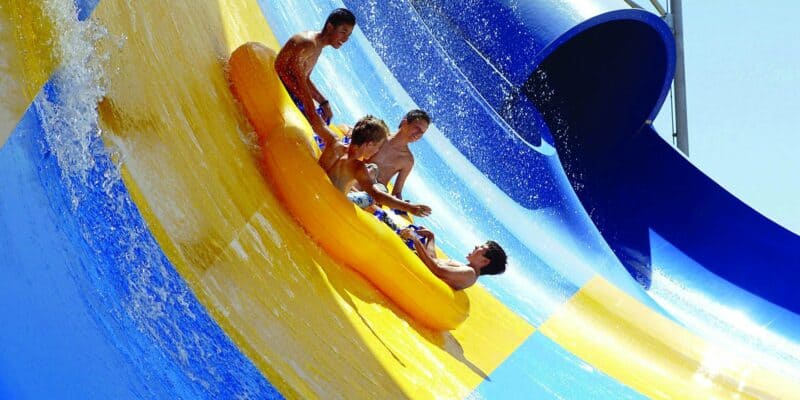 A man was reportedly removed from a theme park recently after attempting to perform lifesaving measures on another Guest.

Visiting a theme park can be one of the most exciting opportunities for anybody to make memories that last a lifetime. These thrills and experiences can be found at many theme parks and water parks across the U.S., whether it be at a Disney Park like Walt Disney World Resort or Disneyland Resort, or many others including Universal Orlando Resort, Universal Studios Hollywood, Lost Island Theme Park, Six Flags, Busch Gardens, SeaWorld, Cedar Point, or Six Flags.

However, a recent trip to a popular water park ended in disaster.

A man was allegedly removed from Six Flags Hurricane Harbor after trying to perform “lifesaving measures” on a Guest who dropped while in the water park as they waited for an EMS response team to come. He was a paramedic and user @InjectorPhyanna shared the incident on TikTok. In the original video, which has since been deleted, ambulances and responders could be seen.

According to the user, her husband was attempting to take care of the Guest when the water park’s response team showed up. Even after identifying as a paramedic, she says he was ejected from the water park. No update on the Guest’s condition has been given at this time.

She recently shared that the video was removed by TikTok, but plans to make another to update the story soon.

♬ Glimpse of Us – Joji

Six Flags Hurricane Harbor describes itself this way on its website:

Looking for things to do in Phoenix? At Hurricane Harbor there’s a lot to ‘WOW!’ about. Like, pulse-pounding water slides, relaxing lazy rivers, and family-friendly play areas – to name a few! Read on to get the inside scoop on information around the park for your next family visit, right at your fingertips. Whether you’re planning a weekend trip or days of water park fun, the details are just a click away.

At this time, the water park has not issued a statement on the incident.