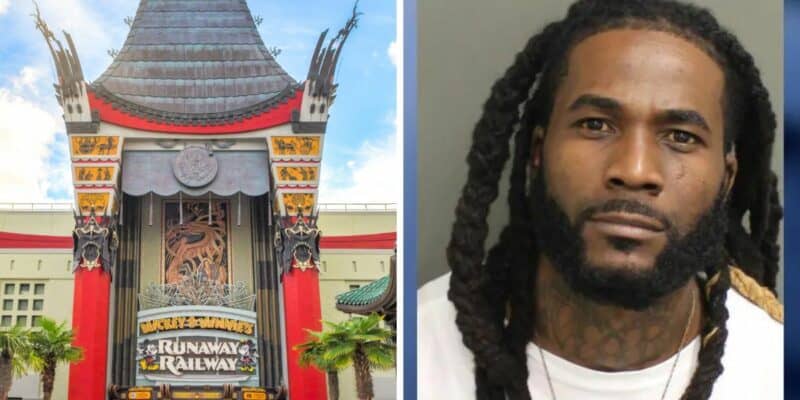 In May 2022, security at Disney’s Hollywood Studios found a gun with 12 rounds of ammunition loaded into it in a Guest’s backpack. And more recently, a man was apprehended at Disney Springs after security found that he was carrying a knife, a Glock 19, two magazines, and a full box of ammunition.

Now, another incident is taking place involving a gun at the Most Magical Place on Earth.

According to Fox 35 Orlando, a man, Nathaniel Franco Freeman, 35, was arrested at Disney’s Hollywood Studios last month after security found a gun in his backpack when he went through the security screening prior to entering the theme park.

According to the police report, on June 25, Freeman was visiting Disney’s Hollywood Studios. His bag was set off by the metal detectors at security and the Guest voluntarily went to an additional screening where he placed his bag on a security table so it could be inspected by Disney security.

Freeman was asked to open a zipper within the backpack, which is when Freeman took his bag off the table and turned around to the woman he was with, asking “Did you take it out?”.

Authorities found a 40mm Smith and Weston handgun, a magazine, and 13 rounds inside the bag, according to the police report.

The Orange County deputy conducted a query based on the gun’s serial number, but did not find a permit for Freeman, the report said. Freeman was arrested for carrying a concealed firearm without the proper permit.

Additionally, Disney sets out clear guidelines for Guests visiting Disney World about weapons and guns, and these are not allowed on any Disney property, regardless of whether or not a Guest has a permit.

Read the official Disney  rules and guidelines on their website here.