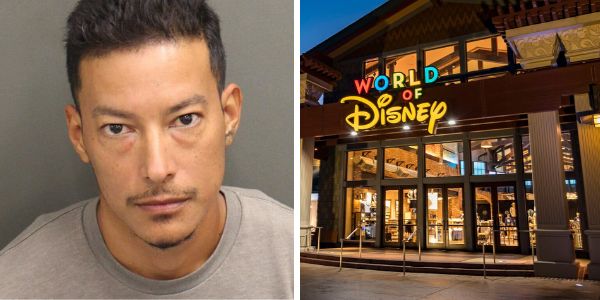 A new report shows that a Guest attempted to bring several weapons into a shopping center at Walt Disney World.

As shared by The Independent, authorities stopped what could have been a potentially dangerous situation at Walt Disney World after a man tried to enter an area of the Resort while carrying a gun and ammunition.

A new report was released from the Orange County Sheriff’s Office, detailing a shocking event in which Aaron Josue Lopez was apprehended at Disney Springs after walking through security. The report states that before searching his bag, Mr. Lopez revealed that he was also carrying a knife as well as something else that he wanted to go put back in his car.

After this encounter, security searched him and found what Mr. Lopez was presumably going to put back: a Glock 19, two magazines, and a full box of ammunition. “We checked the firearm for a serial number none could be located,” sheriff’s deputies said, “We were told by Aaron that the firearm is a Glock clone and he has to submit paperwork to the state to have a serial number assigned.”

Mr. Lopez was booked in the Orange County Jail and has been charged with carrying a concealed firearm. However, Mr. Lopez has stated that he had a license to carry even though law enforcement did not find anything registered in his name.

This is not the first time a Guest has tried to bring a gun into the Walt Disney World Resort. We reported on a similar story earlier this year which found a Guest trying to carry a bag with a gun into the Magic Kingdom. The Guest was eventually tackled after resisting, after which they ingested a small suspicious bag.

Had you heard about this story?