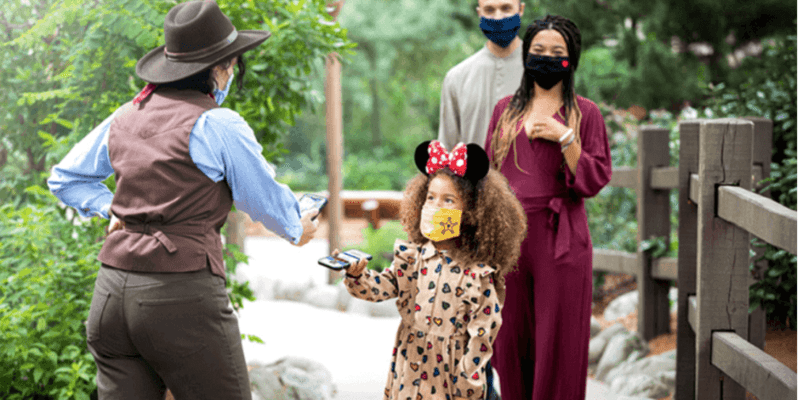 After the grand opening of a brand new expansion, several exclusive items have been found online for a decent markup.

Lately, at all of the Disney Parks, including Walt Disney World Resort as well as Disneyland Resort, we have seen Disney take an active stance against resellers when it comes to their merchandise. Whenever Disney drops a new line of merchandise or a limited-time product, we tend to see some Guests leave with as many pieces of merchandise that they can carry.

Special, limited edition items are often seen on online resell stores like eBay. It is against the rules at Disney to do some, but that hasn’t stopped Guests from doing so. One thing about a lot of merchandise at Disney is that it can go fast, and it is extremely coveted. For example, when the 50th anniversary began at Walt Disney World, we saw multiple fights break out at Magic Kingdom’s Emporium over a Starbucks tumbler.

However, the newest Disney items to be found for sale online may surprise you.

Disneyland Paris welcomed its brand-new Avengers Campus expansion at its Walt Disney Studios Park yesterday, and crowds have been pouring in ever since. The new addition to the Walt Disney Studios Park features WEB SLINGERS: A Spider-Man Adventure and the new Avengers Assemble: Fight Force coaster, which replaced the Park’s version of Disney’s Rock ‘n’ Roller Coaster. Instead of featuring the legendary band Aerosmith, the ride now puts Guests on a mission right next to Captain Marvel and Iron Man.

However, some Guests used the grand opening celebrations as a way to make a little extra cash. This situation was revealed on Twitter recently, as shared by @dlp_20:

As you can see, several opening day Cast Member buttons have been found for sale online for the low price of 25-40 Euros each. We also recently saw a few other items get snuck out of the Park and make their way online.