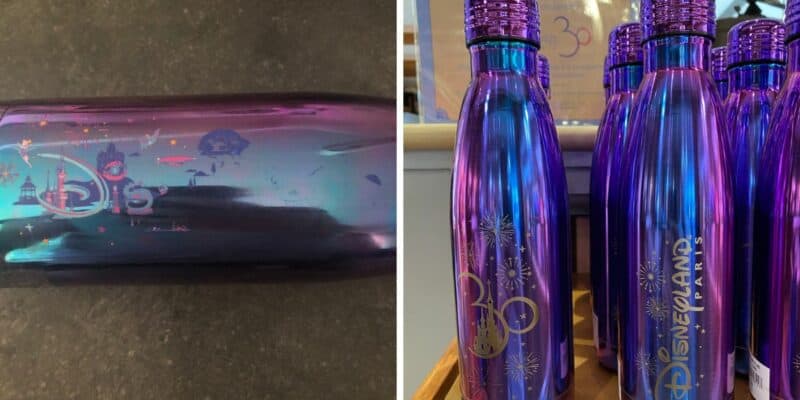 Disney Guests have been complaining about merchandise lately as many find the quality has gone downhill. This, once again, seems to be a topic being discussed as a water bottle from Disneyland Paris became worn down and faded.

Twitter user Pixiedust_be shared a photo of a water bottle from Disneyland Paris, which shows the writing completely faded and scratched off. They write:

Looks like they adjusted the design a little bit. Wondering if it has to do with this:

Looks like they adjusted the design a little bit. Wondering if it has to do with this: https://t.co/54ouxD00W4 pic.twitter.com/iOGqApTVjl

The Tweet was in response to another photo shared by Disney Cave of Wonders as it seems a new design was released recently. This is also not the first time we have reported on this specific water bottle becoming damaged. Back in March 2022, others were taking to social media to complain about the “cheap” merchandise. You can read more about that here.

We do want to note that if you are ever upset or disappointed with an experience at the Disney Parks, please speak to a nearby Cast Member or contact Guest Services.

Have you ever purchased an item from Disney that became damaged almost immediately? Let us know in the comments below.