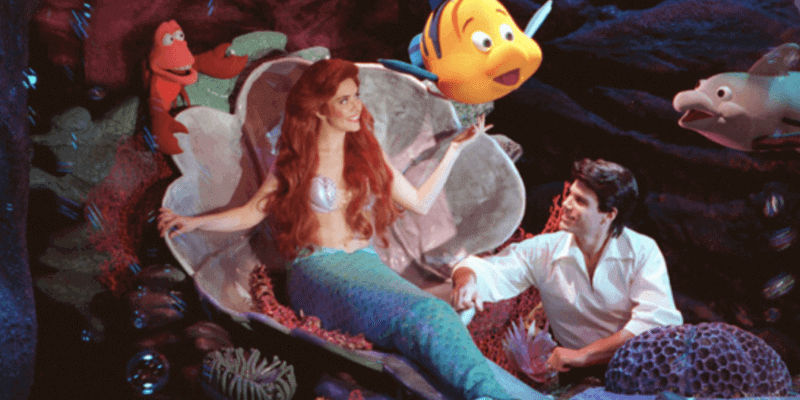 A former Disney Princess is spilling secrets, explaining how her time with Disney has impacted her outlook on food, appearances, and more.

Sarah Daniels has been in a long battle with her food and body image for the past seven years — ever since two people on Disney’s Casting team told her that her silhouette didn’t match The Little Mermaid’s Ariel.

When Daniels was 22 years old, she’d gotten the role of Ariel in the Voyage of the Little Mermaid at Disney’s Hollywood Studios.

“People who were above the creative team of the show sat me down (and said), ‘OK, so you sound amazing, you’re so great, but there’s an issue,” Daniels told IndyStar. “They said, ‘Well, your silhouette doesn’t quite match Ariel’s.’ I was like, ‘Can you be more specific?'”

The report said Disney told Daniels she needed to match Ariel herself, because she would be shown behind her via movie clips on the screen during the performance.

“They said, ‘Well, we just think you need to maybe tone up your stomach because you just don’t match her silhouette,'” Daniels told IndyStar. The report continued:

On top of the comments, Daniels said someone on the tech team overheard and told others involved in the production who weren’t in the room at the time.

Related: Disney Fires Cast Member With NO Warning, Leaves Her Shocked and In Tears

To this day, Daniels says she plans what she’ll eat and makes sure it doesn’t surpass about 1,200 calories. According to IndyStar, around Thanksgiving of 2017, Daniels made a slow cooker full of chicken and rice soup in her New York apartment:

She weighed the ingredients individually and then weighed the meal when it was finished so she could divide it into 10 lunches.

In the middle of all the weighing, Daniel’s food scale broke. And that meant she wouldn’t be able to eat. And it happened right before the video game enthusiast was supposed to be a guest on a podcast about Destiny, the game she often plays for thousands of fans on Twitch.

She cried. She called her mom. Adrienne Daniels offered to buy her a new one as her daughter fiddled with the buttons to bring it back to life.

According to Daniels’s mom, food and body image had never been an issue before. IndyStar reported, “She grew up eating most anything her mom fixed even as she dealt with bouts of ulcerative colitis. She’d been acting, singing and dancing for years, and no one had mentioned anything about her figure.”

Walt Disney World Communications did not respond to multiple requests for comment from IndyStar about the incident.