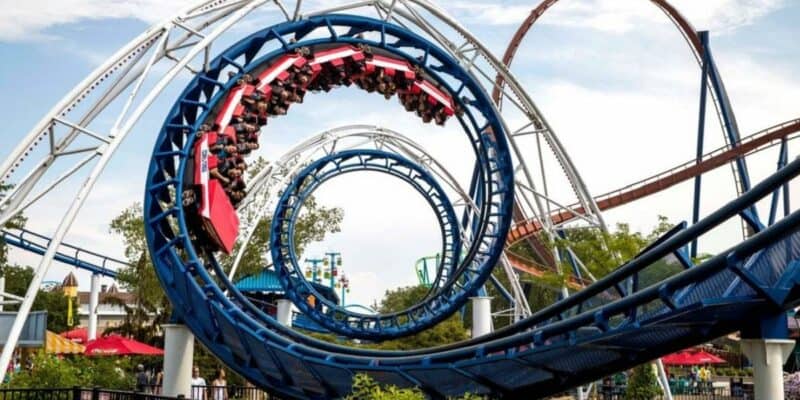 While many would expect theme parks to be one of the most popular destinations to celebrate the Fourth of July holiday weekend, one popular theme park surprised its Guests with incredibly low crowd levels and wait times.

We reported on insane crowds flooding Walt Disney World and Disneyland, causing an unprecedented announcement to be made at the Park.

However, Guests visiting Cedar Point were shocked to see the Park had insanely low crowd levels over the weekend and even on the Fourth of July. Redditor u/Ang16_ posted a screenshot of the Park’s wait times, with most attractions having posted times of between 5 and 15 minutes, asking fellow Redditors how it was possible that the Park was not packed during the holiday weekend.

How is it not packed????? from cedarpoint

Redditor u/FamiliarCollege9946 commented that most Guests had decided to visit Cedar Point Shores Waterpark instead, causing crowds at the theme park to be that low. u/The_Original_Miser seconded this, as they commented that the waterpark’s parking lot was at capacity by 12:30 pm. Some users mentioned that the current fuel prices deterred many Guests from traveling to the Park, and others commented that believing the Park would be full made them decide to stay home instead.

On a different thread, Redditor u/helpme9282828 posted a similar question, asking fellow park-goers for any insight on the Parks seemingly “dead” this year. They commented that Mother’s Day, Father’s Day, and Fourth of July weekend are usually pretty crowded, but all these dates have been “dead” this year, saying that they could notice more Guests visiting the Park during 2020 than now. They added that on a recent visit, there were times when they could not see a single other person roaming the Park.

This thread gathered similar responses, mentioning fuel prices and inflation, commenting that while the Park is not “dead,” crowds have significantly decreased lately.

Redditor u/friscoXL305 commented that, according to a Cedar Point Team Member, ride operators are trying to load Guests onto attractions quicker, shortening wait times and allowing more Guests to experience attractions faster. This may also be playing a role in the recent wait time decrease in the Park.

Whatever the reason is for these recent crowd levels, Cedar Point remains a must-visit destination in Ohio, providing a fun time for the entire family and, as Redditor u/ohio_419 proved, a breathtaking view.

Have you been to Cedar Point? Let us know in the comments below!