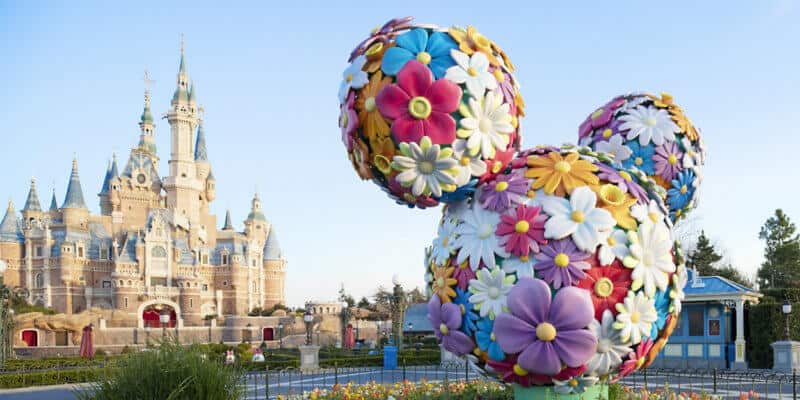 Shanghai Disney Resort has just announced that Shanghai Disneyland is scheduled to finally reopen on June 30, 2022, after a long and — previously indefinite — closure.

The last thing that most of us had heard about the Disney Park in Shanghai were reports of topiaries and vegetation left abandoned and overgrown by Disney, following the indefinite closure of Shanghai Disneyland in March due to a wave of COVID-19 in the region.

Prior to that, the Walt Disney Company had been operating Shanghai Disneyland at a reduced Park capacity, as well as requiring a negative COVID-19 test from Guests entering the Disney Park — until an upswing in cases prompted a complete shutdown. This led to the whole Park looking like a ghost town, just days before it officially shut its doors.

Today, Shanghai Disney Resort is excited to announce its return, posting a celebratory update and reel on Instagram:

Breaking news! Shanghai Disneyland will reopen on June 30, joining Disneytown, Wishing Star Park and Shanghai Disneyland Hotel in offering an integrated resort experience for all! We’re so excited to be bringing back a world of enchantment and wonder, thrilling adventure, and pure happiness. See ya all real soon!

The closest Park to the Shanghai Disney Resort, Hong Kong Disneyland, had resumed operations back in April.

However, Disney is still not taking any risks with the COVID-19 disease.

In accordance with government regulations and guidance, Shanghai Disneyland will resume operations with limited daily capacity and enhanced health and safety protocols. During the initial reopening phase, the majority of Shanghai Disneyland’s exciting attractions, rides, shows and shopping and dining locations will resume operations with controlled capacity. Some experiences such as Explorer Canoes, Selfie Spot with Mickey at the Gardens of Imagination and Marvel Universe will remain closed. Additional operational measures may also be adopted to accommodate social distance. Guests are advised to check the resort’s official website and app for details on attraction and entertainment availability and operations.

There is a clear intention to implement a “careful ramp up of operations” at the theme park, with some attractions remaining temporarily closed to Guests, or operating at limited capacity for the moment.

Tickets for Shanghai Disneyland will go on sale starting at 7am on the morning of June 29, 2022, with a limited number available to visitors for purchase each day. They can be bought (and the ticket price checked) through the Shanghai Disney Resort official website, app, Weixin/WeChat account, the resort’s Reservation Center and the resort’s official travel partners’ channels.

The announcement also added that during the initial reopening stage for the theme park:

The Shanghai Disneyland ticketing calendar will be available on a rolling 30-day basis. Guests are recommended to purchase a dated admission ticket prior to their arrival as onsite ticket booths will continue to remain closed.

There is some good news for Annual Pass (AP) holders, though — Shanghai Disney Resort has stated that the validity period of an effective Annual Pass will “continue to be extended, until further notice”.

If you intend to visit the Shanghai Disney Resort and have previously purchased either General or Dated Tickets, your ticket may also be valid for extensions — so we recommend that you check the website and official channels for more detailed information, as well as the updated and currently required health and safety measures for visitors (negative test results, mask-wearing rules, etc.), as required by the health authorities.

This is fantastic news, however, as the reopening of Shanghai Disneyland means that every single Disney Park around the world has resumed operations for the most part — even if at a reduced capacity.

Are you planning a trip to the Shanghai Disney Resort? What do you think of the Park’s reopening? Comment down below with your thoughts!

Only a short flight away from Hong Kong Disneyland, Shanghai Disneyland in the Shanghai Disney Resort is home to the iconic ‘Enchanted Storybook Castle’, first-ever ‘Tron Lightcycle Power Run’, as well as state-of-the-art ‘Pirates of the Caribbean: Battle for the Sunken Treasure’. Close to the Shanghai Disneyland Hotel, the Disney Park houses ‘Mickey Avenue’, ‘Adventure Isle’, ‘Treasure Cove’, ‘Toy Story Land’ and the upcoming ‘City of Zootopia’, currently being built and scheduled to open in 2023.