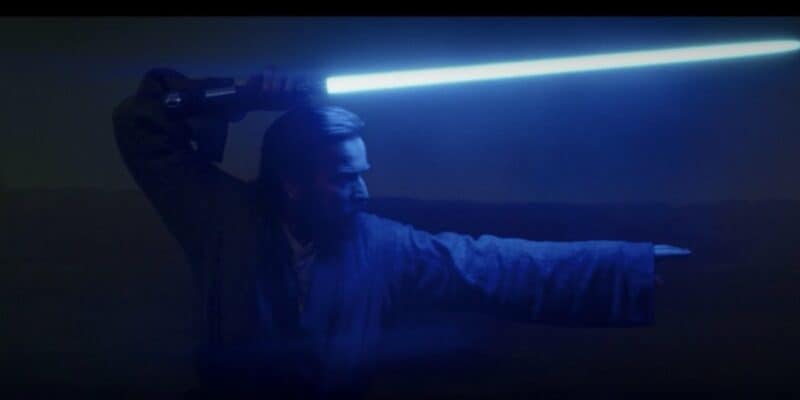 Obi-Wan Kenobi‘s series finale has left fans divided on how they feel about the series, but no one complained when they saw Obi-Wan reunite with a fan-favorite Jedi.

After teasing Liam Neeson’s return to the Star Wars universe for over five episodes, Qui-Gon finally made it back to live-action. This was Neeson’s first time returning to the character since his voice work in The Clone Wars, but the actor hasn’t been on set as the Jedi since Star Wars: Episode I — The Phantom Menace (1999).

Obi-Wan was told at the end of Star Wars: Episode III — Revenge of the Sith (2005) by Master Yoda that he could one day commune with his old master, Qui-Gon. After facing Anakin and leaving him for dead, Kenobi’s mind was clouded, and unable to reach his old master. Finally, at the end of the series, Obi-Wan is able to see his master.

Surprisingly enough, Qui-Gon tells Kenobi that he has always been there, but ends their brief conversation by telling Kenobi that they have a way to go implying that Kenobi and Qui-Gon will continue to have each other’s company.

Whether or not fans get to see more of Qui-Gon Jinn in the future is less likely. If Obi-Wan Kenobi receives a second season, then Liam Neeson is guaranteed to show up once again, but fans shouldn’t expect to see Qui-Gon appear elsewhere in Star Wars.

Since the Jedi Master is the only person to ever die by a lightsaber wound to the gut anymore — looking at you Reva and the Grand Inquisitor — Qui-Gon can only appear alive before the events of The Phantom Menace, but that would be odd for Star Wars to include a moment from that time period with the Jedi Master.