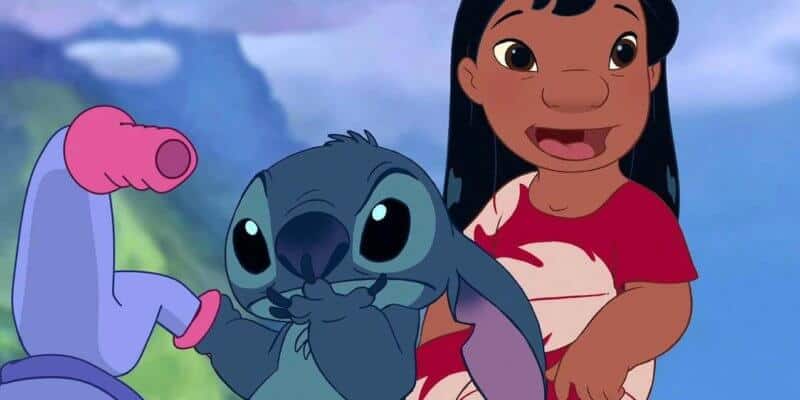 In celebration of the unofficial holiday and the film’s 20th anniversary, Lilo & Stitch directors Dean DeBlois and Chris Sanders discussed the movie with Inbtwn Animation Fest on YouTube.

The pair reminisce about making Lilo & Stitch in an Orlando, Florida, animation studio and discuss scenes that were ultimately removed from the film.

DeBlois mentions that after the film was complete, Disney decided to go for a G-Rating on the film. A G-Rating means that the film is recommended for all ages (“general audience”), without limits, while a PG-Rating recommends parental supervision for younger children (“parental guidance”).

“The part that makes me crazy a little bit was that at the very end… the studio had decided they wanted a G-Rating,” DeBlois said. “And the difference was just some violence, some cartoon violence that was in the movie.”

DeBlois went on to describe the scenes that were changed:

“For example, when Jumba and Pleakley are tearing up Nani and Lilo’s house, and it ends up with the whole thing exploding. Jumba was firing his cartoon space gun that shot out green goop that would sort of hit the wall and disintegrate. And he was firing that at Stitch as he was skittering all over the ceiling. They deemed that too violent. So even though it was like, glowing green goop that would create holes in the ceiling, we had to replace it with Jumba throwing plates at the ceiling. We had to make a bunch of changes like this, all… in the quest to get the G-Rating. And we didn’t get the G-Rating in the end.”

“We never got it,” Sanders added, laughing. In addition to directing, Sanders is the voice of Stitch and the original creator of Lilo & Stitch.

“But they wouldn’t let us put the original shots back in,” DeBlois said. “So even though we still ended up with a PG-Rating, we had… less funny, less interesting, less dynamic shots in place because of those alterations.”

Sanders explained the process they went through to get the Walt Disney Animation Studios film rated by the Classification and Ratings Administration (CARA):

“They were ultra-sensitive because there are no really hard guidelines for how they give you those ratings and we learned all about that weird process by which you get a rating… We kind of screwed ourselves too because we strategized that what we’re going to do is we’re going to make as many changes as we think we should, and we’re going to wait a really long time before we show it to them again. And we’re going to force their hand to give us the G because we’re going to say, ‘Oh, we’re out of time. We can’t change anything.’ So we held off on showing it again until we thought it was pretty much too late, which it was. And then we showed it to them, and they said, ‘You get the PG-Rating still,’ and we’re like, ‘Ahh! Well, if we’re going to get the PG, let’s just change the stuff back.’ And they said, ‘We’re out of time, we can’t.’”

“For example, we used to get a laugh when at the very end, Nani confronts Stitch, and she says, ‘Talk. I know you can.’ And he says, ‘Okay, okay.’ And she screams, and she hits him,” Sanders recalled. “She hits him with this little soft sapling of a branch. She used to have a piece of wood that was like a baseball bat, and when she hit him, it got a huge laugh. And we lost that laugh. It was connected to the scale of her reaction.”

DeBlois laughed along and agreed with Sanders’s recollection of events.

Lilo & Stitch is a heartwarming tale of family, friendship, and the power of love. A live-action remake of the film is in the works, directed by Jon M. Chu. From Disney: