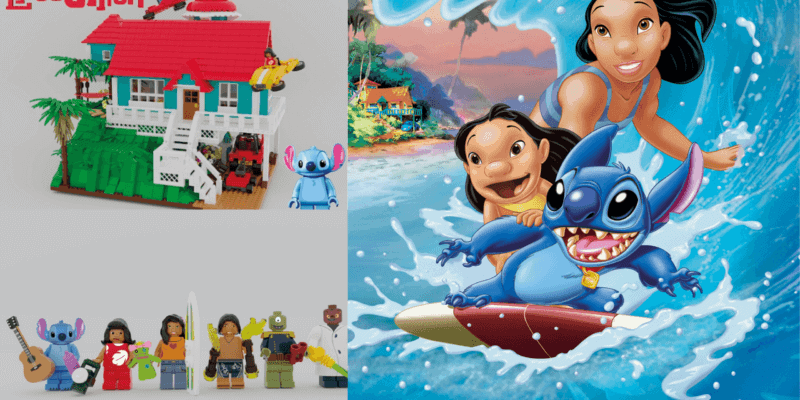 We are only a couple of years off the 20th anniversary of Lilo and Stitch (scary right?) and since being released back in 2002, Stitch (Experiment 626) has gone on to become one of the most popular characters in the Walt Disney Company.

While we have a Stitch LEGO figure, its surprising that there’s never been an official set given just how popular the characters still are. Well, LEGO fan Solenne (ItsABricksLife626) is hoping to change all of that with a set designed to try and get through the LEGO Ideas initiative.

Check out a couple of pictures of the proposed set below:

Here’s how the set is described by creator Solenne:

Aloha! Stitch, Lilo, her sister Nani, Pleakley and Jumba all live in this split level, completely detachable home in the forested outskirts of Kokaua Town, Hawaii. Along with the mischievous, ultimate power duo, Lilo and Stitch (aka Experiment 626), you can:

As with our recent Hocus Pocus LEGO Ideas coverage, this set needs your vote in order for LEGO and Disney to consider making it happen. Your vote could help to get this set to the next level so go and vote if you can!

This set really does look awesome and would make a great addition to any collection:

Given how many readers we have, the LEGO set certainly stands a good chance of becoming a reality if everyone reading goes and votes!

What are your thoughts on the proposed Lilo & Stitch LEGO set? Let us know in the comments below!