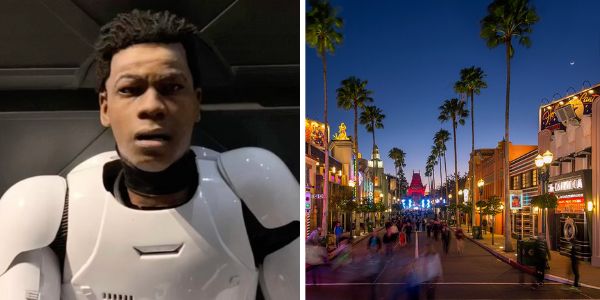 One Guest thinks one of Disney’s newest rides features a horrifying character.

One of the most exciting experiences within the Disney Parks in recent years has been the addition of Star Wars: Galaxy’s Edge at both Walt Disney World and Disneyland. At Disney World, Guests can head over to Disney’s Hollywood Studios and experience Batuu, the fictional planet within the world of Star Wars.

At Star Wars: Galaxy’s Edge, Guests are encouraged to live out their own Star Wars adventure while they explore Black Spire Outpost on the planet of Batuu.

Both of these attractions offer some of Disney’s most immersive elements, starting right as you enter the queue for both rides. While Smuggler’s Run is a great ride, few Disney attractions can compare to Rise of the Resistance.

Related: Exclusive Disney Dining Package Completely Sold Out Over a Month In Advance

This attraction features dozens of animatronics, grand-scale scenery, and sets as well as intense action and thrills. For those who may not have ridden the ride yet, Rise of the Resistance is a mixture of rises, landing somewhere in between Tower of Terror, Star Tours, Mickey, and Minnie’s Runaway Railway.

Since opening, the attraction has been a smash hit among Guests and the Star Wars community, that is, if you’re lucky enough to acquire a boarding group.

However, one Disney Guest recently discovered there is a creepy element on the ride that most may not notice. The video was shared on TikTok from @beaconemmie, see it below:

As you can see, the animatronic Finn that can be found in the AT-AT room of the attraction looks rather unsettling when you get a close-up. The TikTok even compares the figure to a scene from Midsommar, a horror movie release in 2019 starring Black Widow (2021) star Florence Pugh.

Luckily, Guests will likely pass by this figure quickly and not notice how scary it looks.

Disney’s description of Rise of the Resistance is as follows:

Have you noticed this in Rise of the Resistance?