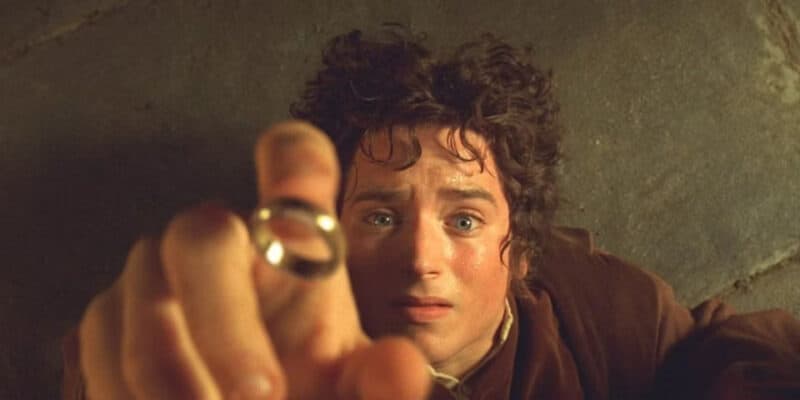 The Tolkien fandom is abuzz with the hottest topic in Middle-earth — legendary Elven blacksmith Celebrimbor’s clothes and hair (or lack thereof).

Developed by J. D. Payne and Patrick McKay, in collaboration with the Tolkien Estate and Trust, Harper Collins, and New Line Cinema (the studio from whence Peter Jackson’s The Lord of the Rings and The Hobbit trilogies came), this new Amazon Prime Video series tells a prequel story set long before most members of the Lord of the Rings Fellowship were even born — during the Second Age of Middle-earth.

For context: Aragorn (Viggo Mortensen) getting crowned King of Gondor at the end of Return of the King (2003)? The start of the Fourth Age.

Who is Celebrimbor — and why are fans upset?

Ahead of the Rings of Power series’ highly anticipated debut on September 2, 2022, Amazon has released a series of new official images featuring the legendary elf Celebrimbor (Charles Edwards), the smith who forged the titular Rings of Power — from which that One Ring was derived.

@FellowshipFans tweeted about the images, adding some of their own imagined dialogue for the scene between Celebrimbor and (the new) Elrond (Robert Aramayo):

🚨BREAKING: New image! Celebrimbor and Elrond sharing a quiet moment. Is this Lindon? Eregion? What are they talking about? Share your theories down below!

Our guess: “They took way too much off mine as well Celly, I wanted at least shoulder length, low tip this time.” #LOTRROP

🚨BREAKING: New image! Celebrimbor and Elrond sharing a quiet moment. Is this Lindon? Eregion? What are they talking about? Share your theories down below!

Our guess: "They took way too much off mine as well Celly, I wanted at least shoulder length, low tip this time." #LOTRROP pic.twitter.com/zrRESUitJk

Celebrimbor is manipulated into forging the Rings of Power — though he takes that knowledge and also forges the three great Elven Rings — held by Elrond (Hugo Weaving), Galadriel (Cate Blanchett), and Gandalf (Ian McKellen) by the start of The Lord of the Rings — in secret, free of Sauron’s direct influence.

Related: Iconic ‘Lord of the Rings’ Star “Excited” for ‘Rings of Power,’ Amazon Can’t “Screw It Up”

It was around 20 days ago that the first images of Charles Edwards (who is set to play Amazon’s rendition of Celebrimbor) surfaced online, prompting some rather… colorful responses.

This isn’t the first time Amazon is coming under fire — it was only last week that Rings of Power received criticism regarding its choice to show female orcs.

Celebrimbor in Shadow of Mordor vs Rings of Power. How satisfied are you after the reveal of one of the major characters?

Celebrimbor in Shadow of Mordor vs Rings of Power. How satisfied are you after the reveal of one of the major characters? from lotr

The top comment by u/Master_Bratac2020 notes this Celebrimbor’s similarity to Senator Palpatine in Star Wars:

Hey some of Celebrimbor’s wardrobe is for sale. Lol

Hey some of Celebrimbor’s wardrobe is for sale. Lol from lotr

Just go raid any old Baptist church in Alabama and you can get this outfit.

Fans were not taking too kindly to his revamped look, to say the least.

This is because Tolkien’s virtually immortal elves have long been depicted as having flowing, ethereal locks, accompanying a beautiful visage impassive to the effects of time — unchanging as the world changes around them.

In light of Fandom’s recent exclusive interview with Edwards, and the reveal of these new images, discussion surrounding Celebrimbor’s hair and costume has reignited.

Twitter user @chronostone96 is straightforward, including a picture of Shadow of Mordor‘s Celebrimbor character:

Commenting on the new photos, Tolkien fan @SmirkwoodSprite responded to user @johnwiththatcat, pointing out that creator Tolkien has actually been explicit in describing many physical aspects of the elves in his work — including hair length:

@SmirkwoodSprite (in response) But Tolkien did talk about the elves hair – length, color, whether they wore it loose or braided.

But Tolkien did talk about the elves hair – length, color, whether they wore it loose or braided. https://t.co/1pgZG41pgd

@SmirkwoodSprite quoted their own tweet here, that cites Tolkien’s own notes on elven style and culture:

Tolkien did say they had long hair and much of the time what color it was and whether they wore it loose or braided.

Tolkien did say they had long hair and much of the time what color it was and whether they wore it loose or braided. pic.twitter.com/YUQdhkbkX2

Other fans are not afraid to show their open distaste towards these wardrobe decisions, like @ThisTimothy:

Who greenlit these god-awful pompadours???

Who greenlit these god-awful pompadours???

@SmirkwoodSprite returns to the discussion, throwing in an edited image featuring Galadriel’s partner, Celeborn (Marton Csokas), in a humorous callback to Peter Jackson’s The Lord of the Rings trilogy:

(text on image)
Tell me, where are the long-haired elves?

For I much desire to see them.

Not enough #gainz for Celebrimbor 😉, (pic courtesy of Angus McBride)

Though fan response has remained mostly cynical, some are trying to point out several positives — like the actor’s enthusiasm for the role.

The lore detail in this interview and Edwards’ enthusiasm for it makes me want to jump out of my skin. I didn’t think my hype level could get any higher. This show is going to break me.

u/whole_nother also notices actor Edward’s physique, calling out some LotR fans on their one-minded desire to see the “shirtless forging scene of [their] dreams” — and u/grunge-witch agrees, further noting how comfy the robes look:

u/whole_nother I like this a good bit better than the first image of him—people saying muumuu have never seen a king’s robe before?? Also look at his chest definition here—he’s obviously in very good shape and some a y’all might actually be getting the shirtless forging scene of your dreams.

And I agree, this image here is actually pretty good. And those robes looks so comfy and regal I would definitely love to try them on

Celebrimbor isn’t alone in his (lack of) tresses, however — the half-elf Elrond (an older version of whom is played by Hugo Weaving in the Lord of the Rings trilogy) is now depicted as also having short hair, as he sits with Celebrimbor in the new photo.

Overall, it’s clear to see that the new Amazon Studios series is trying to set itself apart from New Line Cinema and Peter Jackson’s rendition of Tolkien’s elves — and even apart from established Tolkien lore and fan headcanons.

Perhaps this is the studio attempting to define a different “popular style” for elves in the Second Age.

Even if it may rub fans the wrong way, as it’s well known that Tolkien’s elves exist to embody the concept of “unchanging, immortal beauty” — to sit in direct contrast with the other mortal races, especially Men, within the larger context of Tolkien’s mythology.

What do you think of this new Lord of the Rings series coming to Amazon? Do you think the look of the elves (and their hair) matters? Share your thoughts below!

The Lord of the Rings: The Rings of Power is an upcoming Amazon Original by Amazon Studios slated for a September 2, 2022 release on Amazon Prime Video.