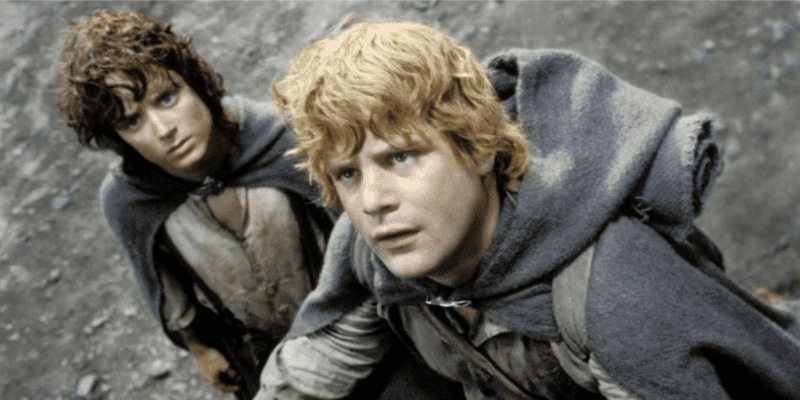 The world of author J.R.R. Tolkien and his beloved Middle Earth is expanding this Fall with Amazon Studios’ Rings of Power streaming series, the most controversial Rings project. However, an original Lord of the Rings actor shared their excitement for the upcoming show.

Amazon’s The Lord of the Rings: Rings of Power is only six months away, and every Tolkien fan is on edge about how Middle Earth will be portrayed. Though we won’t be seeing Aragon, Frodo Baggins, or Gandalf, Amazon is changing two iconic characters for their streaming series.

Nonetheless, dark lord Sauron, Mount Doom, and the One Ring (the Ring of Power) will be at the forefront of Amazon’s reported 500 million dollar series.

The Lord of the Rings is one of the most beloved franchises in Hollywood history, with the world of J.R.R. Tolkien still being developed and discovered by fans and more.

The Rings trilogy and The Hobbit trilogy from director Peter Jackson have a special place in many fans’ lives, but Amazon’s Lord of the Rings: The Rings of Power has become the most hated LOTR adaptation to date.

The adverse public reaction to The Rings of Power isn’t stopping old Samwise Gamgee himself, Sean Astin, from revealing that he’s “excited” for this new addition to Tolkien’s work:

‘I saw the preview for it, and it gave me chills. It looked like they got it’

'I saw the preview for it, and it gave me chills. It looked like they got it'

“I for one am excited. I saw the preview for it, and it gave me chills. It looked like they got it. I’ve been saying the whole time, they’re gonna do it right. There’s no way Amazon is gonna pay almost a billion dollars for a franchise just to screw it up.”

Sean Astin even believes that The Rings of Power will bring in a new era of Rings fans:

“You just think, how long before it will be fresh? For an entire, at least one or two generations, it’ll be brand new. They’ll end up discovering our version of The Lord of the Rings as a consequence of seeing what will be new to them.”

It’s not uncommon to see negative or unenthused comments on various posts regarding popular movies and TV series. Still, nearly all of the comments left on Amazon’s official Tweets are from users slamming The Rings TV show.

Nonetheless, hearing that an original Rings series member from Oscar winner Peter Jackson is “excited” for The Rings of Power and even gave him chills is incredibly promising.

What do you think about Amazon’s Rings series? Comment below!