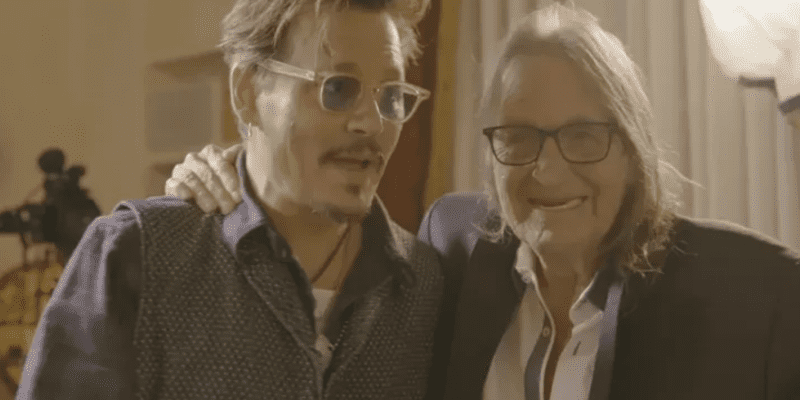 Although Johnny Depp’s career may have taken a few hits due to his ex-wife’s allegations, one of Depp’s projects is still moving forward.

However, Depp is still involved in an docuseries which has finally recieved a release date — days after the jury’s verdict was read.

A new docuseries titled Boston George will focus on drug trafficker and smuggler George Jacob Jung and will feature Johnny Depp. The docuseries is set to premiere on streaming service Fandor on July 22. Deadline reports:

The five-part series features a decent chunk of interviews with Johnny Depp, who portrayed the late Jung in 2001 film Blow. This will be the first new film or TV content featuring Depp to be released since his lengthy U.S trial against former wife Amber Heard.

Described by Depp as “one of my favorite people instantly” and as “a very charming outlaw”, Boston George explores Jung’s life of sex, drugs, rock ‘n’ roll and lawbreaking. Acquaintances from all walks of life reunite with Jung — who filmed the series before he passed away last year — to tell the narrative, including Depp, author Bruce Porter, partner Ronda Clay Spinello, friend Waino “Tuna” Tuominen (portrayed by Ethan Suplee in Blow) and former undercover DEA agent Tom Tinnerington and DEA Special Agent Mike McManus, responsible for Jung’s bust.

Depp is hopeful to get his life back on track after the trial. He has already confirmed a new album with Beck as he has been surprising fans in the U.K. since the trial ended.

Now, it seems he will also star in the upcoming Boston George docuseries, making this his second big project since the trial ended.

What do you think of the new docuseries Johnny Depp will star in? Let us know in the comments below.