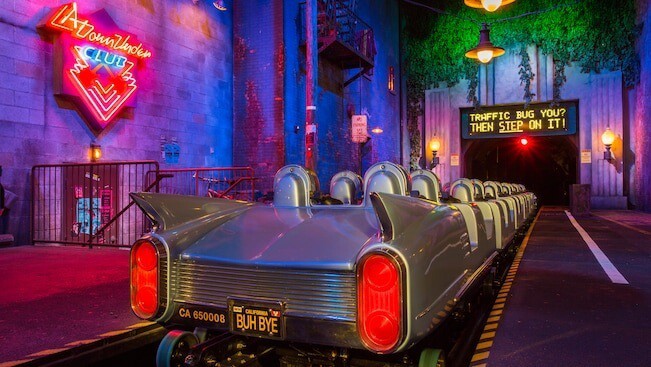 Many Walt Disney World Resort Guests thrive on the abundance of attractions, rides, and experiences. However, for Guests visiting Disney’s Hollywood Studios today, their chance at riding the Disney Park’s fastest coaster was slashed after the ride experienced multiple closures.

With hundreds of attractions spread across Magic Kingdom Park, EPCOT, Disney’s Animal Kingdom, and Disney’s Hollywood Studios, Guests visiting the Walt Disney World Resort in Central Florida have a lot to choose from. Whether it’s snagging a virtual queue boarding pass for EPCOT’s newest coaster, Guardians of the Galaxy: Cosmic Rewind, utilizing Disney Genie and Lightning Lane Selections for rides like Space Mountain, or queuing for five minutes to take a journey around Spaceship Earth in the revamped Future World, the Orlando Disney Resort caters for the many — kids and adults, alike.

However, one big draw to Walt Disney World is its wide range of thrill and state-of-the-art attractions. There’s Star Wars: Rise of the Resistance, Slinky Dog Dash, and the relatively new Remy’s Ratatouille Adventure, but then there are more classic rides like Expedition Everest: Legend of the Forbidden Mountain, Big Thunder Mountain, and Rock ‘n’ Roller Coaster Starring Aerosmith.

Unfortunately for Guests visiting Disney’s Hollywood Studios today, the Aerosmith attraction is facing significant difficulties both during Early Theme Park Entry and at the Disney Park’s opening. Per WDWStats (@wdwstats):

The time shows 8:04 a.m. ET which is just four minutes after Disney’s Hollywood Studios Park would have opened to welcome Disney Resort hotel Guests and those staying at other partner hotels such as the Walt Disney World Swan. The attraction then reopened 18 minutes later at 8:22 a.m.

Then just 18 minutes later, and 10 minutes after the Resort officially opened for all Guests, the attraction went down again:

It is common for Disney attractions to face difficulties, but it is perhaps most annoying for those malfunctions to happen in both Early Theme Park Hours when those forking out to stay on Disney property can ride early, and around rope drop when lines for the more popular rides are significantly shorter. At the time of publishing, Rock ‘n’ Roller Coaster is still not operating at Walt Disney World. The Resort has not specified why the coaster is malfunctioning frequently this morning but it has likely affected some Guests’ Disney experience.

While Guests wait for the fastest coaster to reopen, they can perhaps venture to the Black Spire Outpost at Star Wars: Galaxy’s Edge, or visit Andy’s friends in Toy Story Land. By 2 p.m. Guests will be able to use the Park Hopper ticket element of their Park Pass reservation and visit another Disney Park to continue celebrating Walt Disney World’s 50th anniversary — maybe Disney Enchantment on Cinderella Castle and Main Street, U.S.A, or Harmonious at World Showcase Lagoon.

Have your morning plans ever been ruined due to a ride breakdown? Let us know in the comments down below!