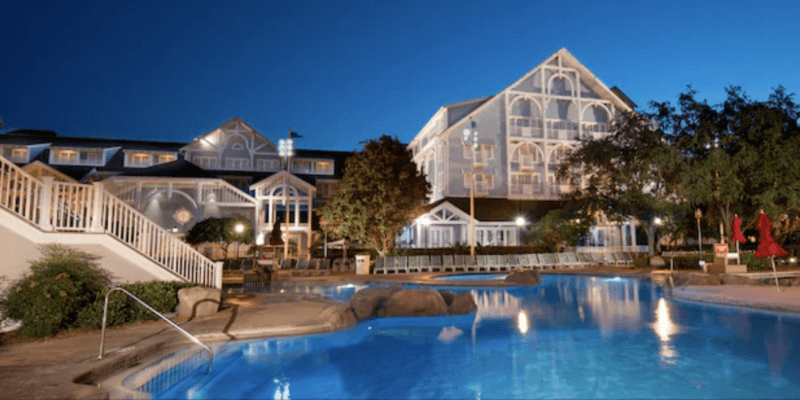 Walt Disney World Resort is home to over 30 onsite hotels, which fall into three categories — Disney Value Resorts, Disney Moderate Resorts, and Disney Deluxe Resorts — all of which come at a fairly hefty price point. Even Value Resorts often cost over $200 per night, particularly during peak travel times.

Now, thanks to a new construction permit, it seems that one Deluxe Resort is set to undergo some changes. Disney’s Beach Club Resort will receive additional updates in the near future — the hotel also underwent construction last spring.

The permit in question is for “General Construction,” which is a vague description that can mean anything from minor refurbishments to a total overhaul. Disney has not officially announced anything regarding changes to Disney’s Beach Club Resort, so it is unlikely that this is a major retheme or anything of that nature.

Gunther General Contracting Services out of St. Cloud, Florida will perform the work. The business’s website notes that they have extensive experience dealing with major brands, including The Walt Disney Company:

During our years of operation, we have provided services to such clients as Walt Disney World, Mitsukoshi USA, Rawlings Sporting Goods, Levi-Strauss, Nike, Lake Buena Vista Factory Stores, Carvel Ice Cream, Quiznos, Converse, Tuffy, and Sidelines Sports Grill. We have also completed many projects for most of the major amusement parks in the Central Florida area.

The Beach Club’s popular pool, Stormalong Bay, was refurbished during the theme park’s pandemic-related closure and reopened in August 2020.

Regardless of what exactly this new permit is for, remember that even small upgrades can improve the Disney World Guest experience so this permit should intrigue anyone who plans to stay at this Resort hotel in the near future.

The official description of the Beach Club hotel reads:

Discover the casual elegance of this charming, New England-style Resort hotel. Savor exquisite dining, and explore the pools, lagoons and spas of Stormalong Bay. Sail around Crescent Lake on a rented mini-powerboat, and experience the luxurious comfort of a Club Level Suite. Sharing many amenities with its more formal sister, Disney’s Yacht Club Resort, Disney’s Beach Club Resort is walking distance to Epcot and a convenient boat ride to Disney’s Hollywood Studios.

What is your favorite Walt Disney World hotel?