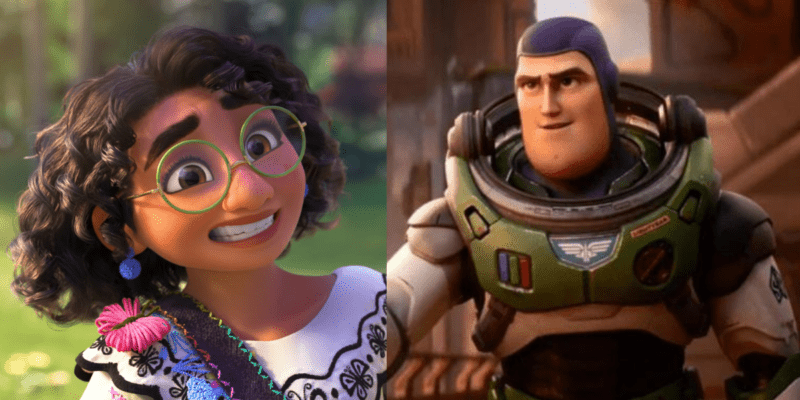 Coinciding with the film, a human version of Lightyear’s Buzz Lightyear began greeting Guests in Tomorrowland at Disneyland. Rumors spiraled that Space Mountain will be rethemed after Lightyear based on signage around Disneyland Park, though Disneyland Resort hasn’t commented on any changes planned for Space Mountain.

One former entertainment Cast Member took to TikTok this week to share her frustrations with Disneyland and Walt Disney World for the speed at which they added Lightyear to the Disney Parks, compared to Encanto (2021).

♬ What Else Can I Do? – Diane Guerrero & Stephanie Beatriz

TikTok user @helenjp1313 (Helen Jane) expresses frustration that the only Encanto representation is a meet-and greet with Mirabel at Disneyland Park that didn’t start until March of 2022, five months after the film’s November 2021 release.

“Yes, he’s only at Disneyland, but his costume is quite elaborate,” Helen said, “So they had to spend some time and money on it. But they keep dragging their feet with any sort of Encanto entertainment except for Mirabel meeting at Disneyland Park.”

“If Walt Disney World is where all the tried and true stuff is, they have no faith in Encanto,” Helen continued. “This means Disney is like, ‘Mm, I don’t know if Encanto is good enough to be at Walt Disney World. If this is actually the case, I want to smack someone even more.”

In addition to Lightyear, Helen compared the popularity of Frozen (2013) and its immediate presence in the Disney Parks to the similarly popular Encanto. She wrote:

The problem is this movie rival’s Frozen’s popularity and Disney worked HARD to jam Frozen into any place it could fit in the park. Encanto is getting NOTHING except one face character at Disneyland. (Supposedly there are some things in the works, but the difference between how Frozen and Encanto have been treated is GLARING)

Would you like to see more Lightyear and Encanto at Walt Disney World Resort and Disneyland Resort? Let us know in the comments.