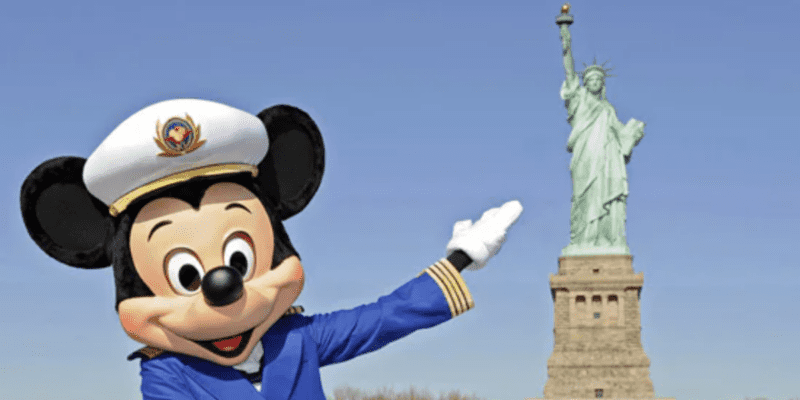 Before Walt Disney World Resort opened its gates in 1971, it was planned to be one of the most innovative projects to date, with acres of attractions, experiences, shops, restaurants, beaches, resorts, monorails, and other state-of-the-art developments. These innovative creations made fans eager to visit The Most Magical Place On Earth. However, one particular project created an ambitious and surprising connection between the Park and an island in New York.

In a video posted by The Mouselets (@themouselets) on TikTok, the story of this mysterious connection is detailed. They mention that one of the most innovative projects developed for Walt Disney World consisted of a series of tubes that created an automated vacuum collection system, or AVAC, which would provide a way to quickly dispose of trash by depositing it into a system of underground pneumatic tubes that would rocket the garbage to a central sorting area at a speed of over 60 miles per hour, faster than Rock ‘n’ Roller Coaster Starring Aerosmith!

At the same time, Roosevelt Island was being redeveloped to turn it from a former prison and asylum into a project that wasn’t too different from the idea Walt Disney had for EPCOT. This meant New York City had plans to transform the island with modern architecture, walkability, alternative modes of transportation, and, of course, a pneumatic trash disposal system. This system was a significant success at both Magic Kingdom and Roosevelt Island, proving the efficiency and effectiveness of the system. However, to this day, these are the only two systems in the entire United States creating a connection between Disney World and New York City.

♬ In the Mood – Glenn Miller

While Magic Kingdom in Orlando, Florida, and Roosevelt Island in New York County, New York, are not physically connected by some sort of tunnel or passage, it is still impressive to see these two places creating a historical connection not many people may know about. Although hearing about a secret tunnel connecting the two places would also be pretty impressive.

Did you know about this historical connection between Walt Disney World Resort and New York? Let us know in the comments below!