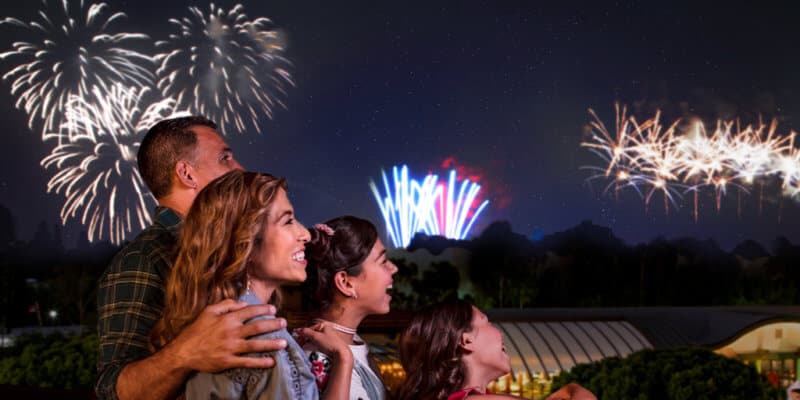 When visiting “The Happiest Place on Earth”, Guests often think of meeting princesses, riding incredible rides and attractions, and overall having a picture-perfect vacation.

Sometimes, things can go wrong at the Disney Parks with unruly Guests, huge crowds, and even fistfights on Main Street U.S.A. Firstly, a trip to Disney is expensive and prices don’t seem to be decreasing. It also can be a hassle to plan for, especially with the new Genie+ and Lightning Lane systems in place. Making sure you have all of your restaurant reservations as well as getting showtime and Park hours correct can be quite the feat. That being said, there are many Guests who love the planning aspect of Disney World.

Speaking of crowds, some Disneyland fans recently brought up a few talking points where they discussed issues they were facing. This discussion was sparked online recently when one Disneyland fan brought up certain Guests that are ruining the experience for them. The post reads as follows:

My husband and I are at Disneyland right now and we’ve noticed a really upsetting trend of unattended kids ages 12-15 get in the lines then cause nothing but chaos. And cast members never see it.

I don’t want to be hateful or anything- Disney is for everyone after all. But there is a certain amount of line etiquette that is constantly being ignored.

Has anyone else noticed just how awful the lines are becoming with kids playing with the chains, hopping in and out of line, not paying attention when the line moves forward, etc.?

The post claims that unattended and unwatched children are ruining waiting in line for rides and attractions at the Disneyland Resort. The post received over 100 comments from other fans agreeing or bringing up their own issues.

One user said, “Jungle Cruise is the worst for this in my opinion. I was in line behind a dad and 2-3 little kids and the dad couldn’t be bothered with parenting. He was on his phone the whole time. I don’t blame kids at all for being kids. It’s parents not giving a s*** about how their kids interact in very congested areas that drives me crazy.”

Another fan talked about a disorderly Guest, “On Monday, it was a full grown woman who pushed my wife out of the way, stepped on my four-year-old son, and then put her hand on him to brush past him when I said please don’t step on my kid. She was on the boat before I could say anything else.”

One user said, “It’s insane! I heard so many vulgar things the last 2 days from those groups while waiting in line, I couldn’t believe it. And the groups of boys that age just running through the parks is also insane! Someone, or some ducks, or kids, are going to get trampled. I have also seen those groups trying to grab ducks and intentionally trying to damage, vandalize, and break things. Wild!”

Another said, “Parents seem to not give a d*** what their kids do. Last year when we went to WDW I remember at one point 2 kids literally running around licking everything in front of us in the pirates line. LICKING EVERYTHING. Parents didn’t care at all.”

Related: Violent R-rated Winnie the Pooh Film in the Works

A lot of complaints centered on the fact that young children and teenagers were constantly cutting in line.

Disneyland is notorious for its limited-time events and special celebrations. Whether it’s the Christmas season or Halloween, Guests visiting the Southern California Park can always look forward to some special event taking place. Recently, Disneyland brought back its Grad Night celebrations for graduating students, allowing them to experience the Park in a very special way.

Have you encountered rude or unruly Guests at Disney?