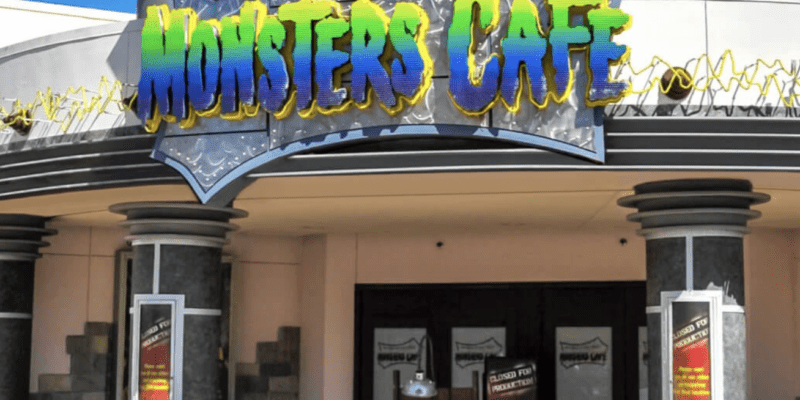 “After more than 20 years of serving dreadfully-delicious quick-service menu offerings, Monsters Cafe in Universal Studios Florida permanently closed in the spring of 2022 to make way for a new dining experience.”

We previously reported that the cafe could be closing to make way for a Minions-themed dining experience and it seems that these plans are being put into place. While Universal Orlando hasn’t announced anything, there is a rumored Minions-themed attraction taking over the area where Shrek 4-D once was, and adding a Minions cafe right across from the new attraction would make a lot of sense.

While it may be a sad day for the closure of the Classic Monster Cafe, hope is not lost. Universal is rumored to be developing an entire Classic Monsters Land at Epic Universe– the massive theme park set to open in 2025– and there will undoubtedly be exciting and interactive dining experiences in this land when it opens.

In addition, Revenge of the Mummy is reportedly ahead of schedule and the dark coaster attraction could be reopening in just a matter of months.

The Classic Monsters Cafe joins the likes of Back to the Future: The Ride, Twister: Ride It Out, Earthquake, JAWS, Beetlejuice Graveyard Revue, Kongfrontation, Shrek 4-D, Jimmy Neutron’s Nicktoon Blast, and Disaster! A Major Motion Picture Ride Starring You! as attractions retired at Universal Studios Florida.

What do you think of the closure of Universal’s Classic Monsters Cafe? Let us know in the comments!